These photographs, more than representing something specific, seek to convey–in times of pandemic—a certain mood. In a San Francisco neighborhood close to Pacifica and the ocean, lights burn quietly in rooms from houses photographed at nighttime; foggy skies turn uncanny when dotted by hang gliders, a basketball hoop goes unused, a house perked on a bluff, overlooking a hostile sky and a silvery ocean, shines warmly from within, underscoring the oscillation between fear and safety, threat and refuge so prevalent in these days. In all the photographs a sense of the uncanny looms as a familiar sense of reality tweaks towards strangeness. The cinematic photographs of Todd Hido and  Philip Lorca di Corcia seem the appropriate influence to visually convey mystery and hollowness. 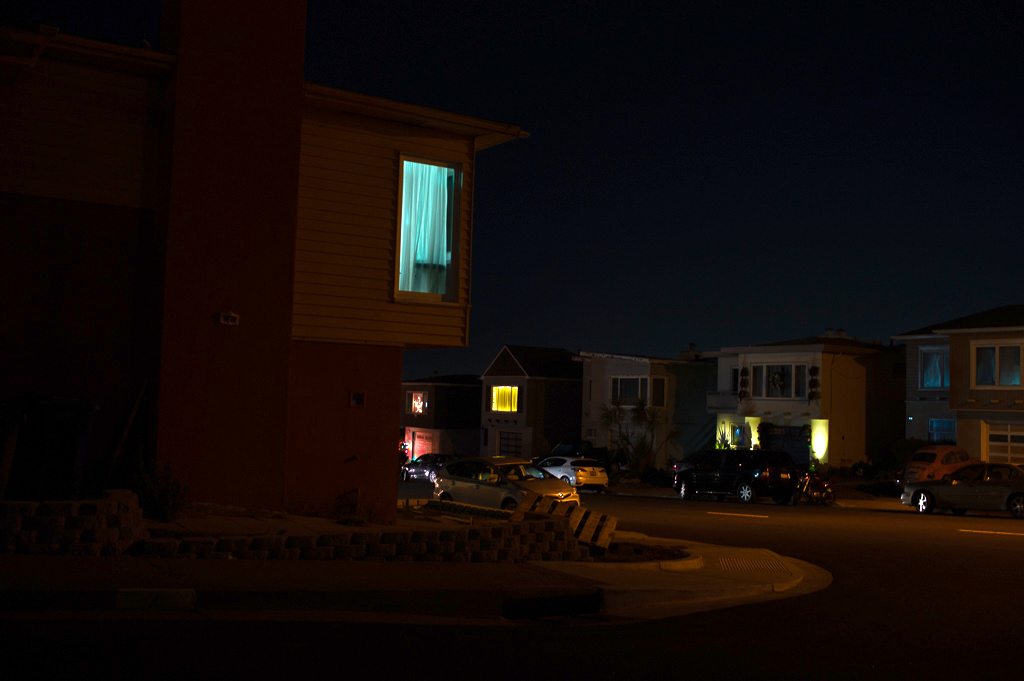 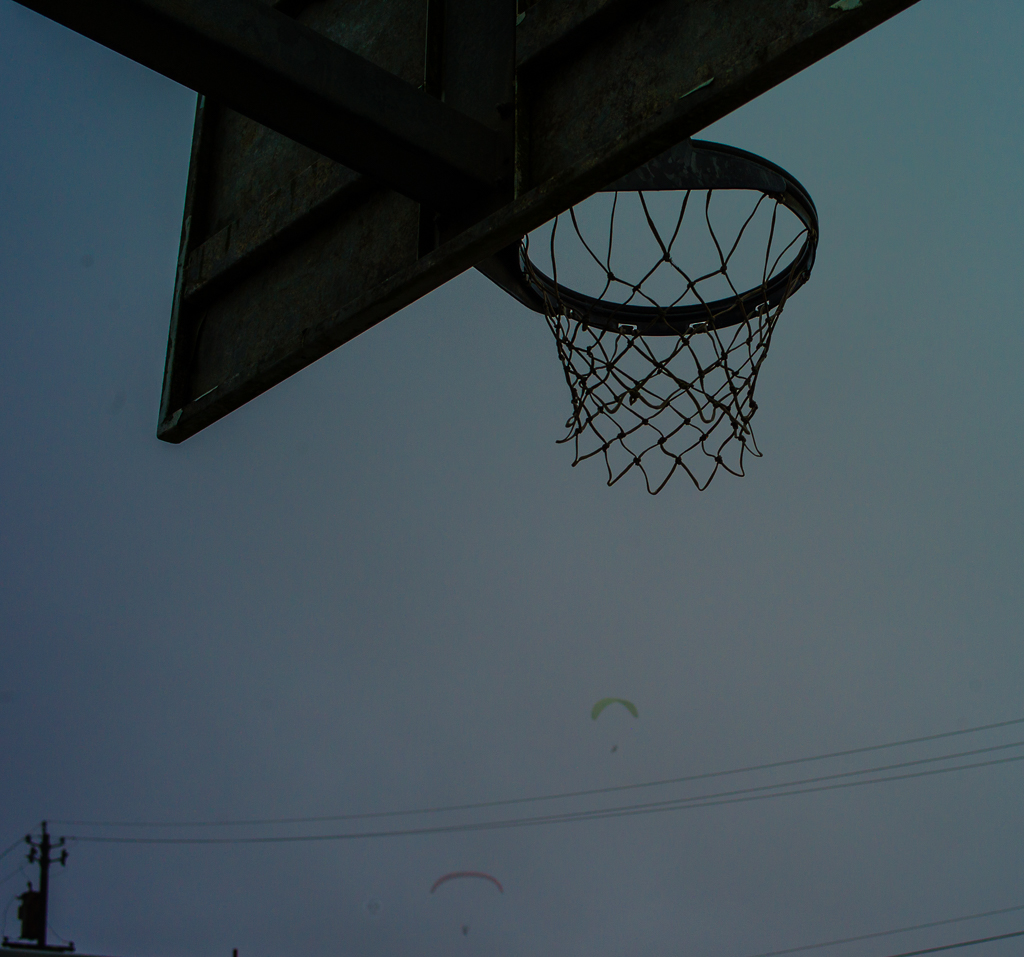 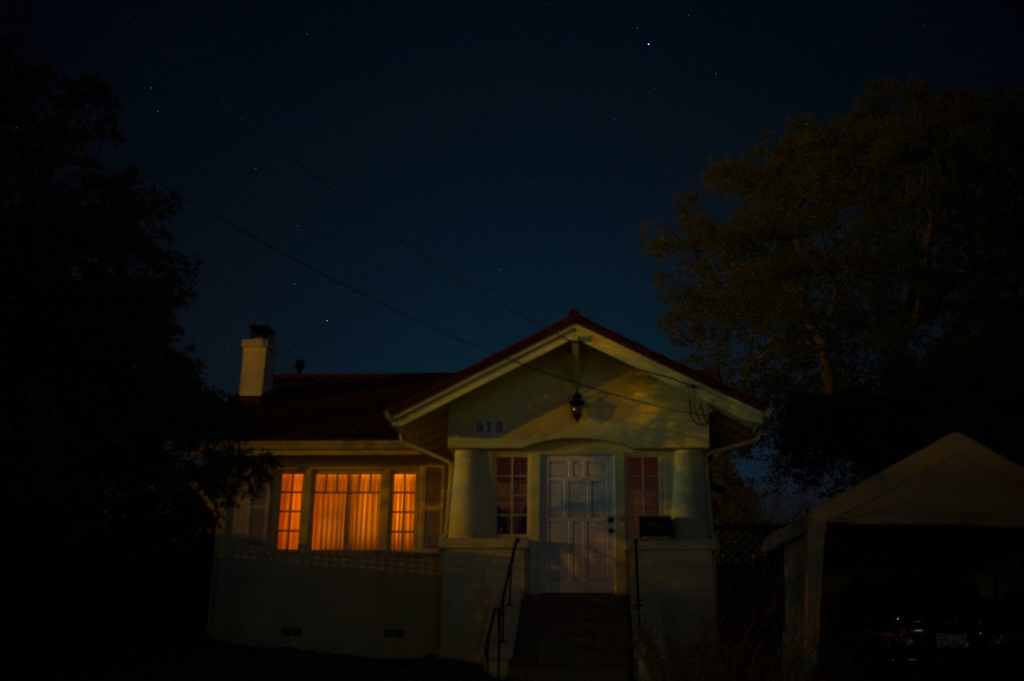 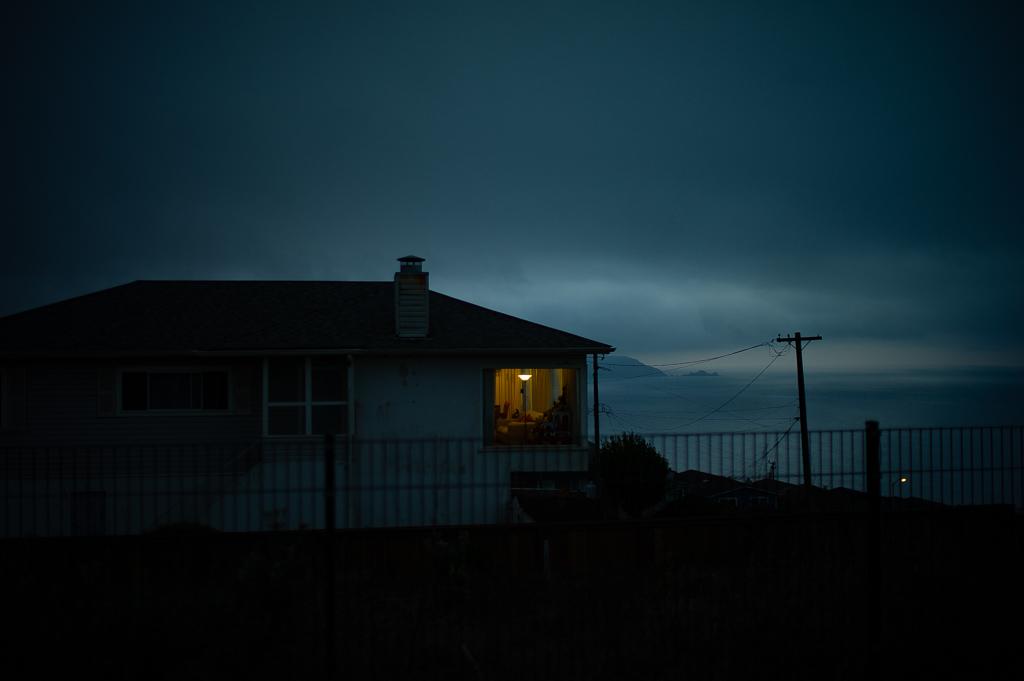 Pedro Lange-Churión, is a visual artist and scholar who teaches at USF. He specializes in Critical Theory, World Literatures, Film Studies and Urban Studies. He has written and published on film and literature. He has directed various documentary films, mid and full-feature narrative films shown in international film festivals. His current exhibit, Duerma en ti, (https://www.consorcimuseus.gva.es/centro-del-carmen/exposicion/duerma-en-ti/?lang=es) brings together his large-format photos and a historical investigation on the abduction of newborns in Spain, during the Franco dictatorship. The exhibit opened in Spain (2019) and will itinerate in Europe and the Americas.