Los Angeles is a bustling city known for its culture and glamour. Its iconicism earned it nicknames such as “The City of Angels” and “La La Land.” Although having a grandeur reputation, its reality is desolate. One of the inspirations for photographing LA was Mike Davis’Ecology of Fear: Los Angeles and the Imagination of Disaster​ in observing the city’s decline. The relationship between the land and LA’s growth created negative social and environmental impacts, which led to countless stories depicting its downfall. Due to neoliberal practices, LosAngeles has abandoned lower-income neighborhoods by neglecting their needs, which led to a diminishing sense of community and civil unrest. Instead of providing necessities to revive their environment, the city added security measures and privatized public spaces. In this photo series, I want to demonstrate the loss of urban theorist Henri Lefebvre’s idea of lived space in downtown LA. Its devolution is depicted with barbed wires, chain-link fences, and iron bars surrounding structures that juxtapose colorful murals. Los Angeles is losing its liveliness, so citizens responded through street art to bring back a sense of place. To capture this attempt for revival, I photographed LA’s Art District (located near the infamous Skid Row), where a collection of murals and graffiti occupy alleyways. The series aims to convey remnants of LA’ssoul. Through street photography, I hope to showcase the restoration of creativity and vibrancy within LA’s abandoned spaces by the hands of the city’s inhabitants. 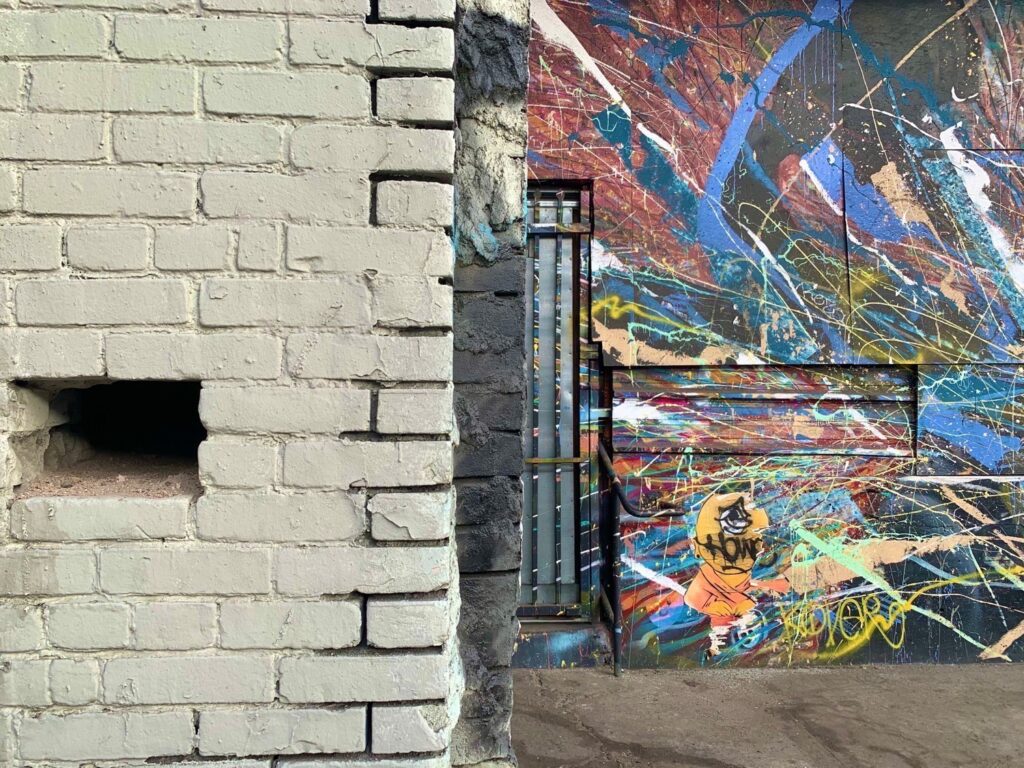 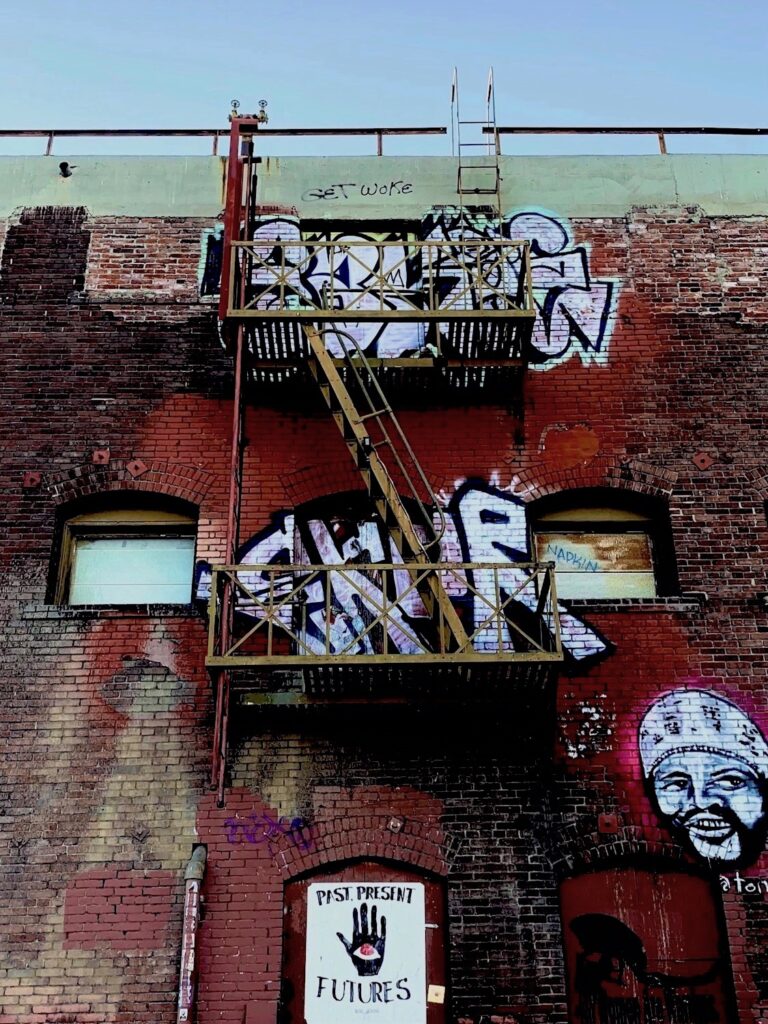 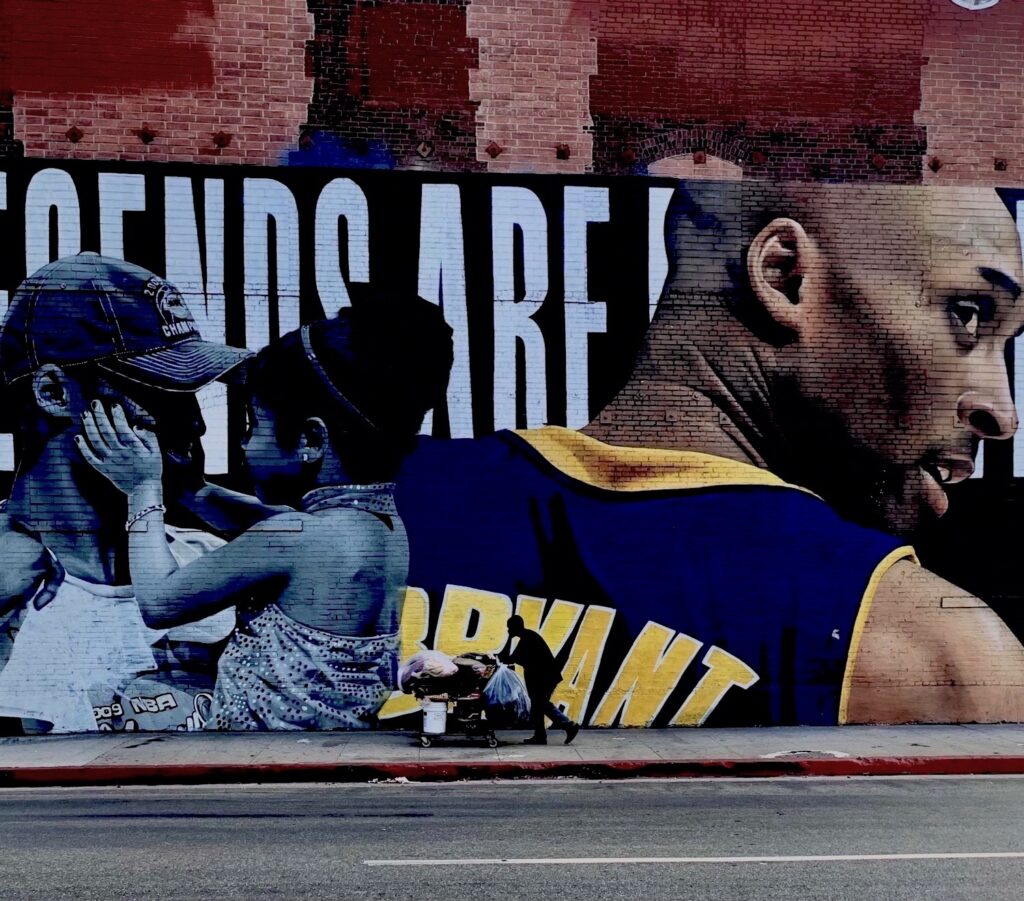 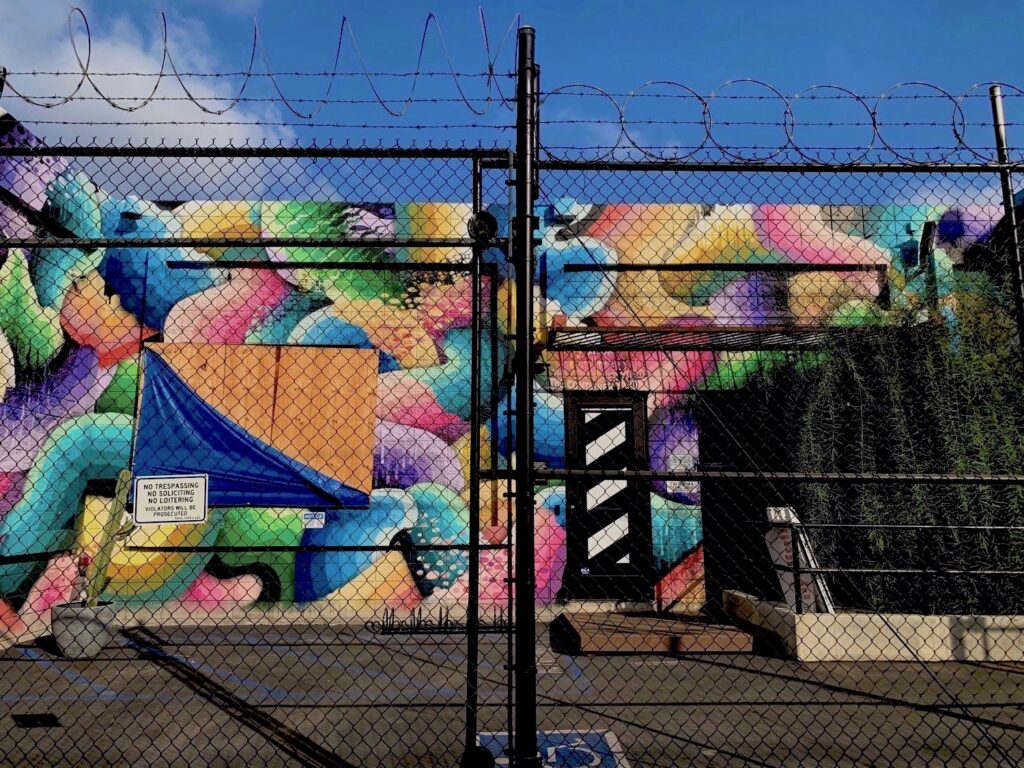 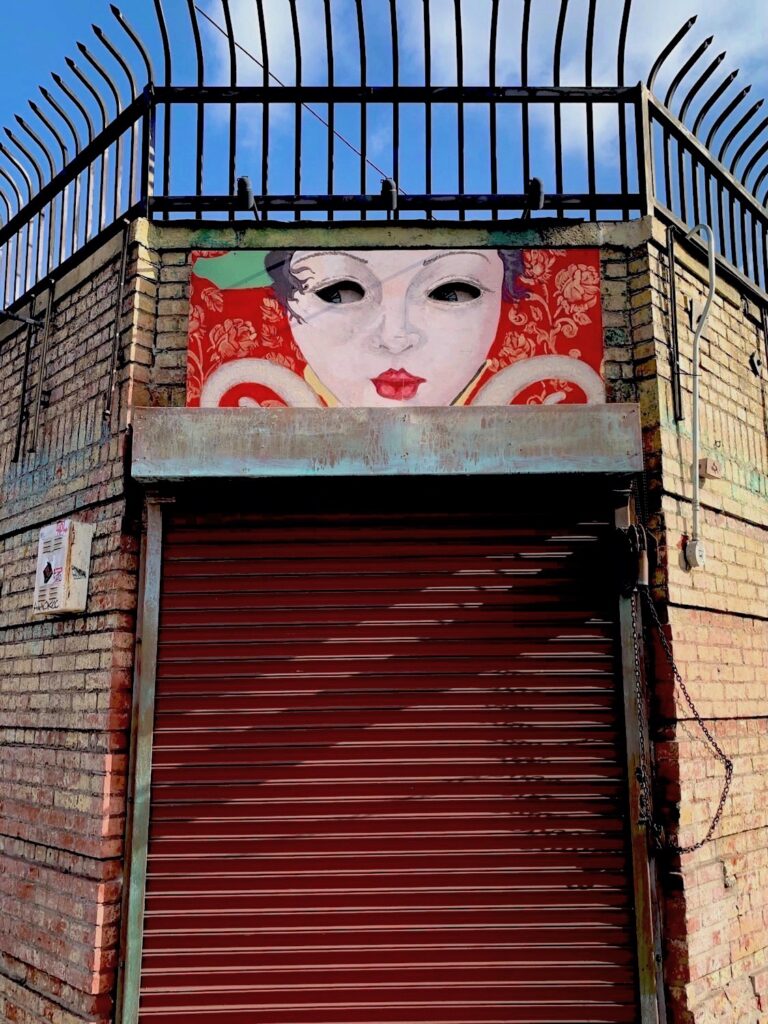 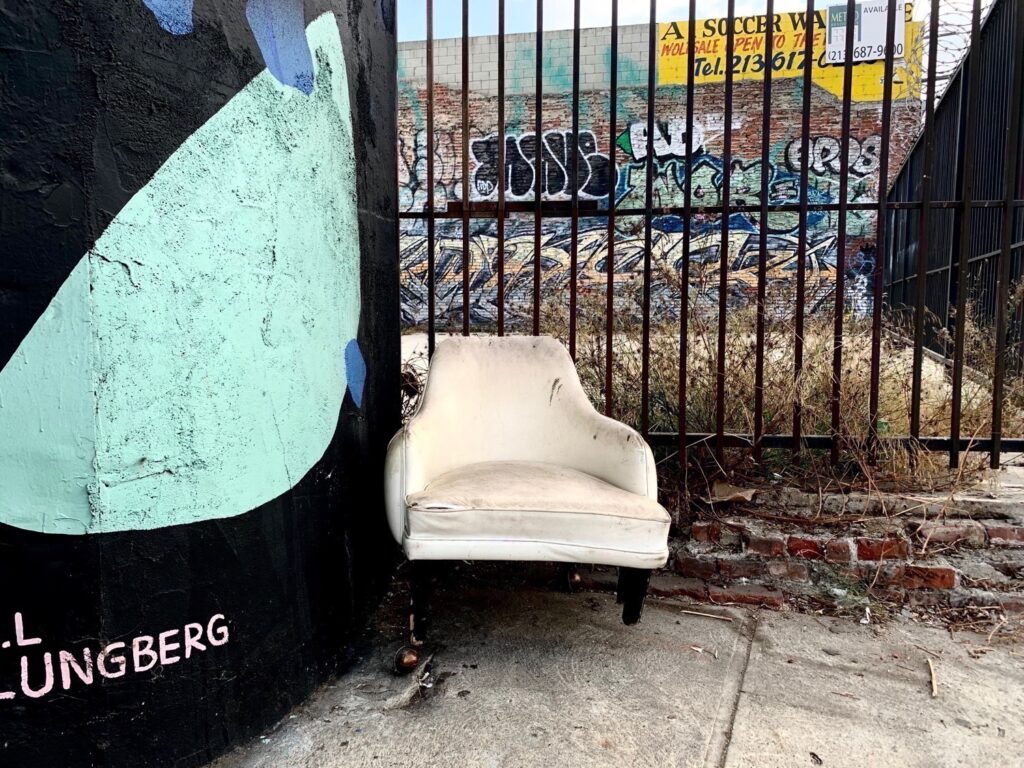 Jade Siphomsay is a third-year student at the University of San Francisco majoring in Urbana Studies and minoring in General Business. She was born and raised in RanchoCucamonga, California. Throughout her life, she played golf and traveled around the country competing in tournaments against players from across the globe. She extends her golf career to the college sector playing for the USF Women’s golf team. Although a majority of her life is spent on the links, she has always been in touch with her creative side. Her passion for the arts began when she was a child. She mostly produces drawings of characters and paintings of landscapes. However, she has always desired to dive into the world of photography. Growing up in Southern California, she often traveled to Los Angeles to explore the city. Los Angeles is a longtime muse for the Southern Californian, and her experiences are the inspiration for the photo exhibit. Being exposed to different places and cultures while traveling for golf also contributed to her interest in photographing urban areas. After learning of urban theories and practices, she saw the social environment of Los Angeles in a new light. She became more aware of the gentrification and abandonment of certain areas due to neoliberal ideals. Therefore, she wanted to capture the contrast between the city’s desolation and revival in her photography.