The French philosopher Henri Lefebvre defends urban dwellers’ “right to the city” not as passive inhabitants of a place, but as active transformers of it, perpetually shaping and being shaped by their city-homes. He advocates cities that bring joy and inspire creativity, that are functional and safe for the people who live in them. This is a wonderful re-conception of the city that was born in the industrial era, hastily and without regard for the daily pleasures and experiences of its inhabitants, however there is a critical oversight inherent in this framework: it excludes the people who use cities temporarily, nomads whose presence in an urban space is fleeting, but who nonetheless have the same basic needs for safety, joy, and creative expression as any of the more permanent residents.

Living near the tracks, where they meet a small, mostly unmanned station, I see many of these passing travelers. Sometimes in the act of moving, hidden in the back of an open boxcar flying past, sometimes busking in town with friends, sometimes only in the ghosts they leave behind in pen ink and spray paint on a slab of exposed concrete over the river. I wonder if this city— or any city— really works for these people, who are so often forced into a state of placelessness, non-belonging. I capture their experiences with the intent of understanding how Lefebvre’s “right to the city” might be expanded to include nomadic inhabitants.

My greatest inspirations, in this and every future photo project, are Robert Doisneau and Ján Cifra, whose breathtaking work captures elements of the human experience that elude expression in words or paint. I thank them both. 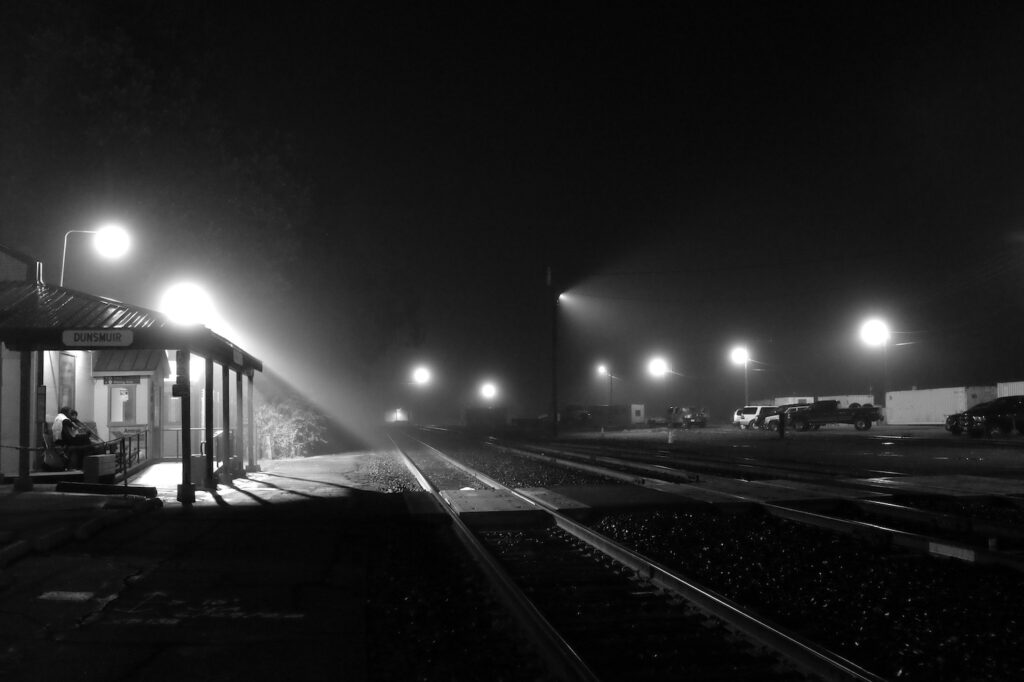 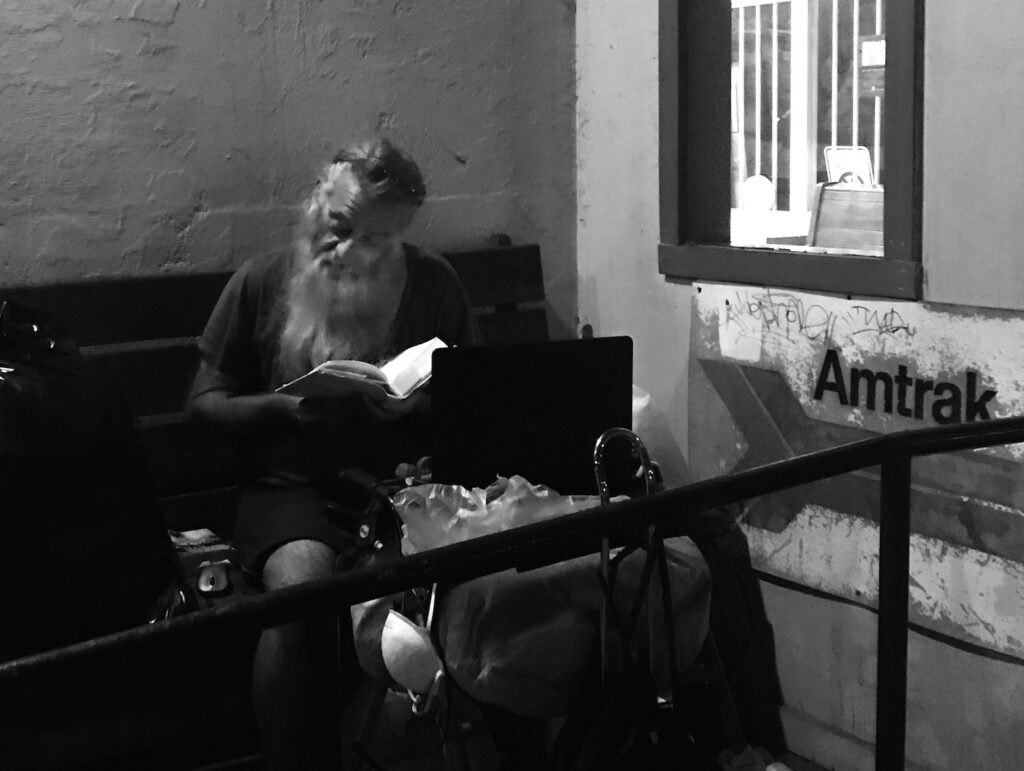 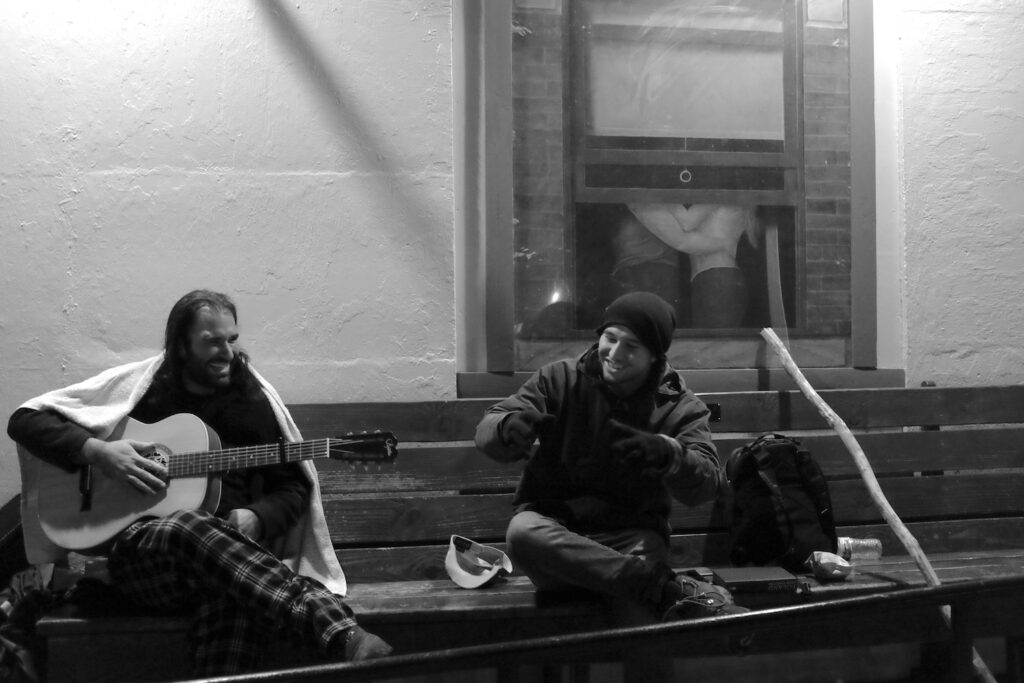 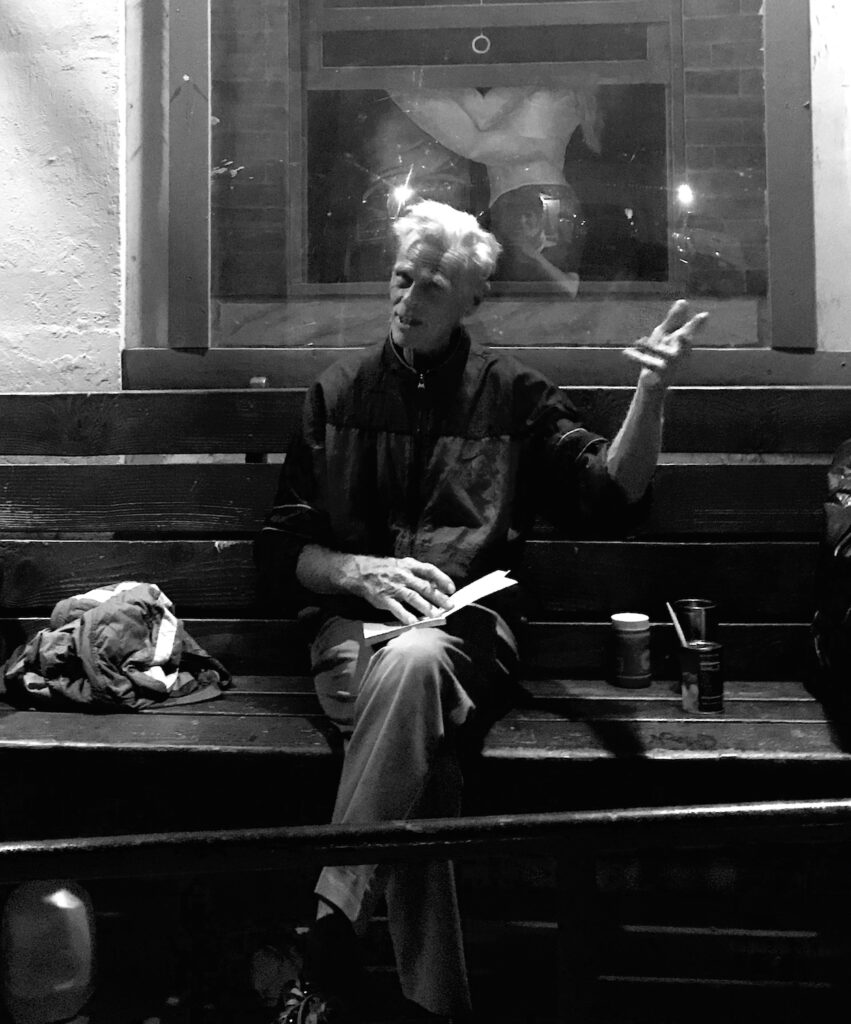 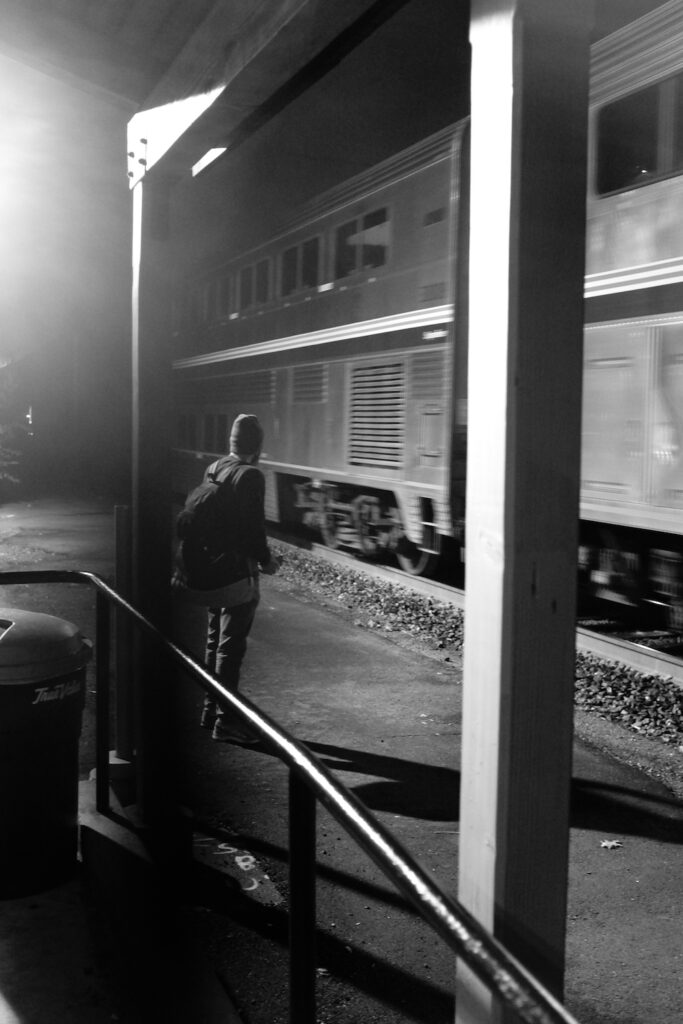 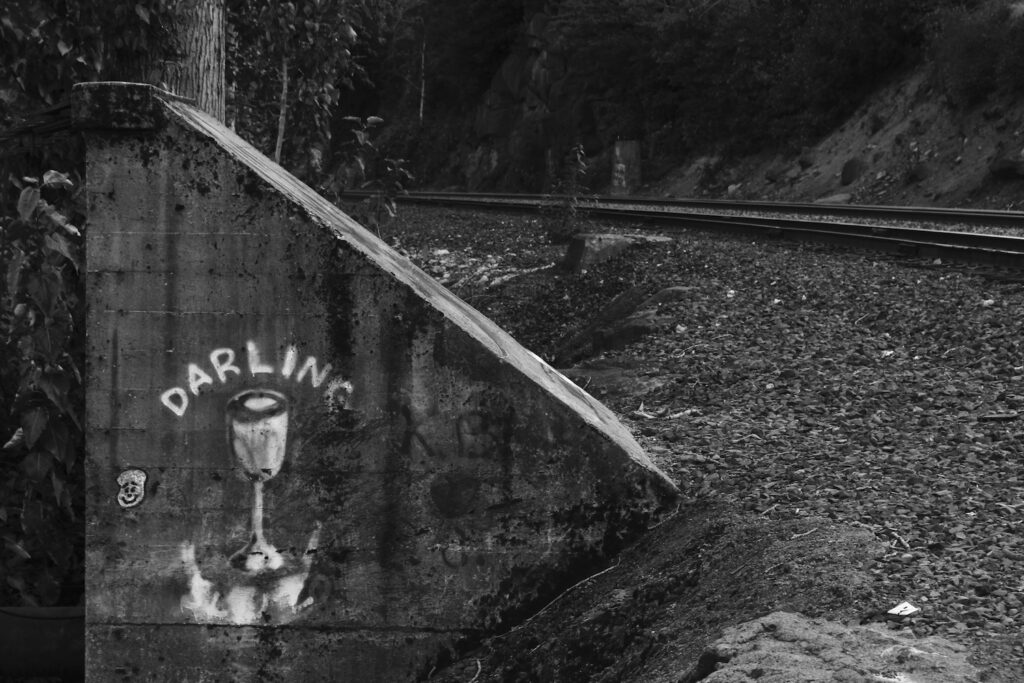 Fiona is a graduating physics major, equally enamored with the technical inner-workings of stars and with the way that they appear on a quiet evening walk, or in poetry. She enjoys collecting stories, whether from Nature herself, through astronomy research, or by traveling and speaking with strangers. Any art that she makes is an attempt to share some of these stories; for what is it to be human if not to wonder at the world and its strange happenings, and to invite others to share in this wonder? She currently does her wondering in the mountains of northern California with her cat, her family, and the rotating cast of people at the train station.