My intention with this project was to make intergenerational connections through photography to somehow understand better the stories of my grandmother and begin to meet the memories of some of my long-deceased relatives. Since I was a child, I’ve always heard stories about ancestors I’d never meet because they had long since passed on. Through them, I was able to little by little begin to understand how they were and their impact on our family and how we live today. However, I wasn’t satisfied from what I’d already heard alone, and since my great uncle has just passed away, my grandmother remains as the last member of her generation in my family. Because of this, I thought it necessary to do this project. In each photograph I have captured my grandmother with an old photograph in her hand, familial or historical. “Abruzzo Vecchio” (Old Abruzzo in English) exhibits my grandmother with a photo of her hometown, Abruzzo. “Atlantic City”, where  she would travel to meet with her cousins from Philadelphia and fish for mussels. “Fraternity”, shows my grandmother and her brother on the beach at Atlantic City. “Con Affetto” (with love) contains a photograph from the 1920s of her father and uncle, “Wedding Day”, shows the wedding of her parents. 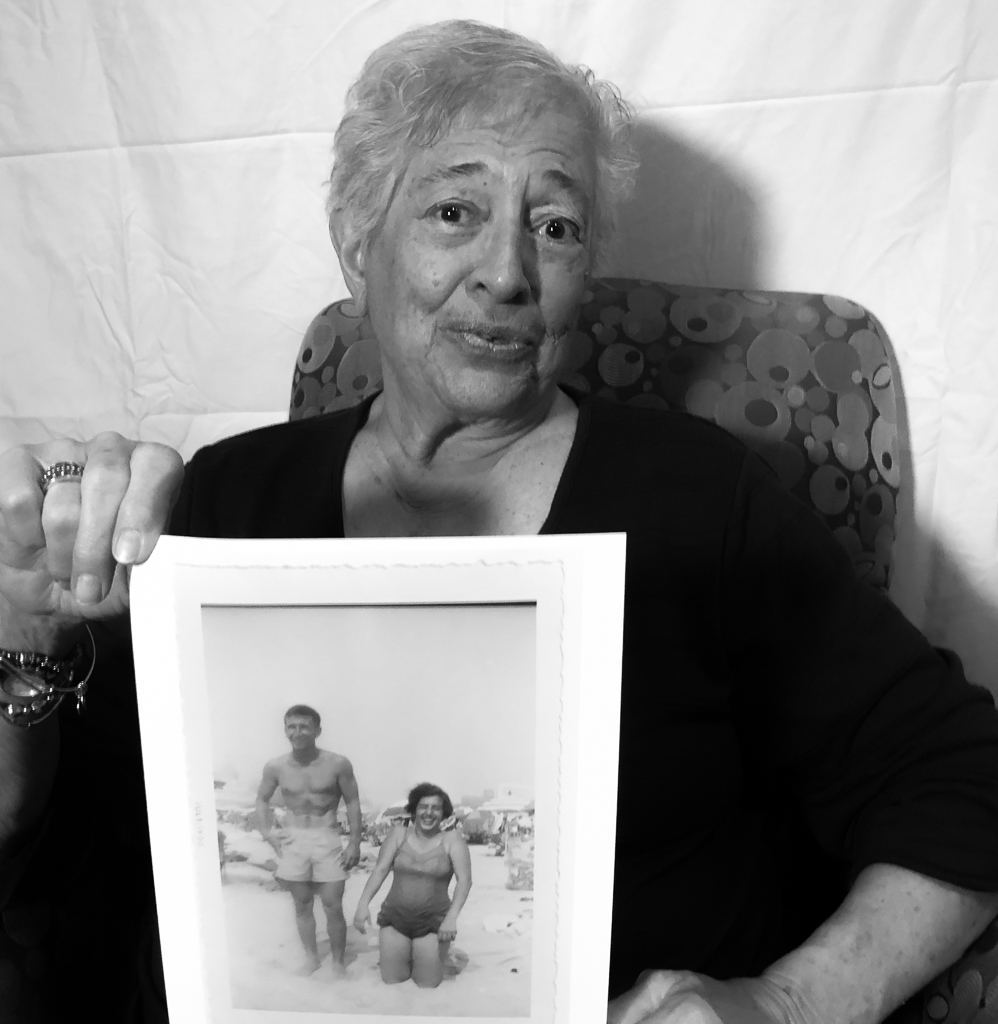 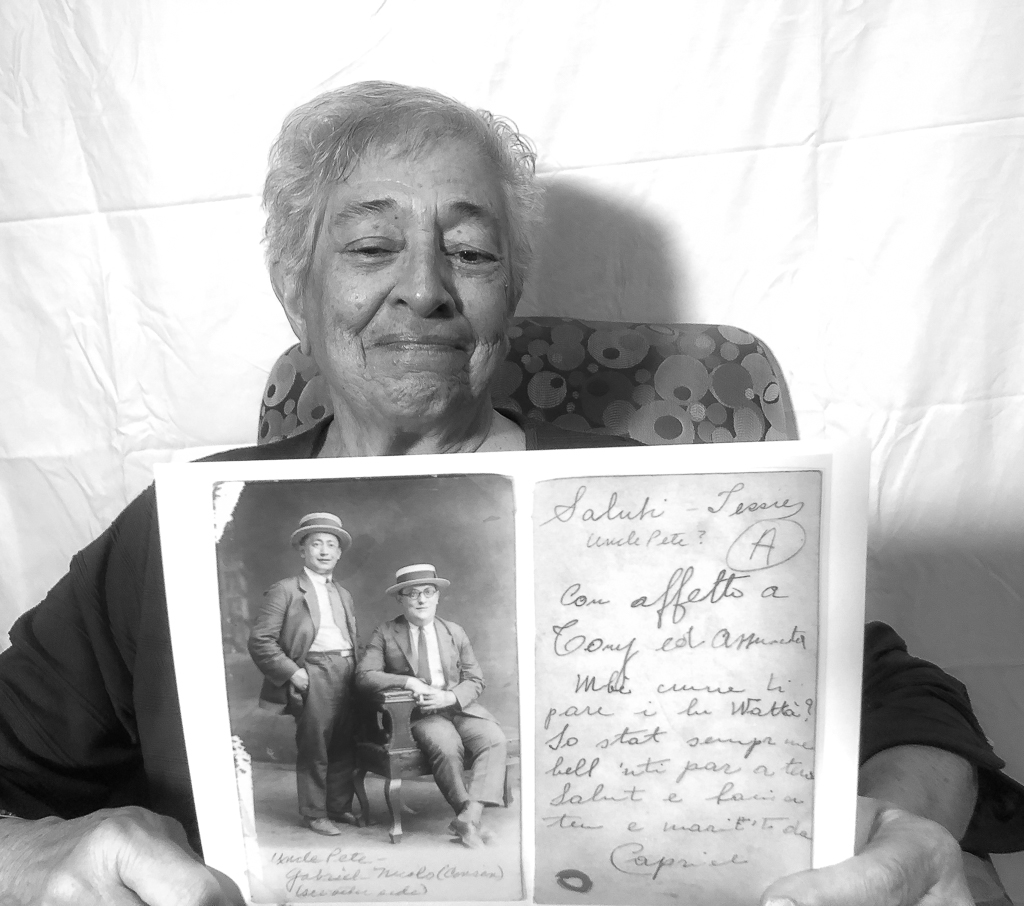 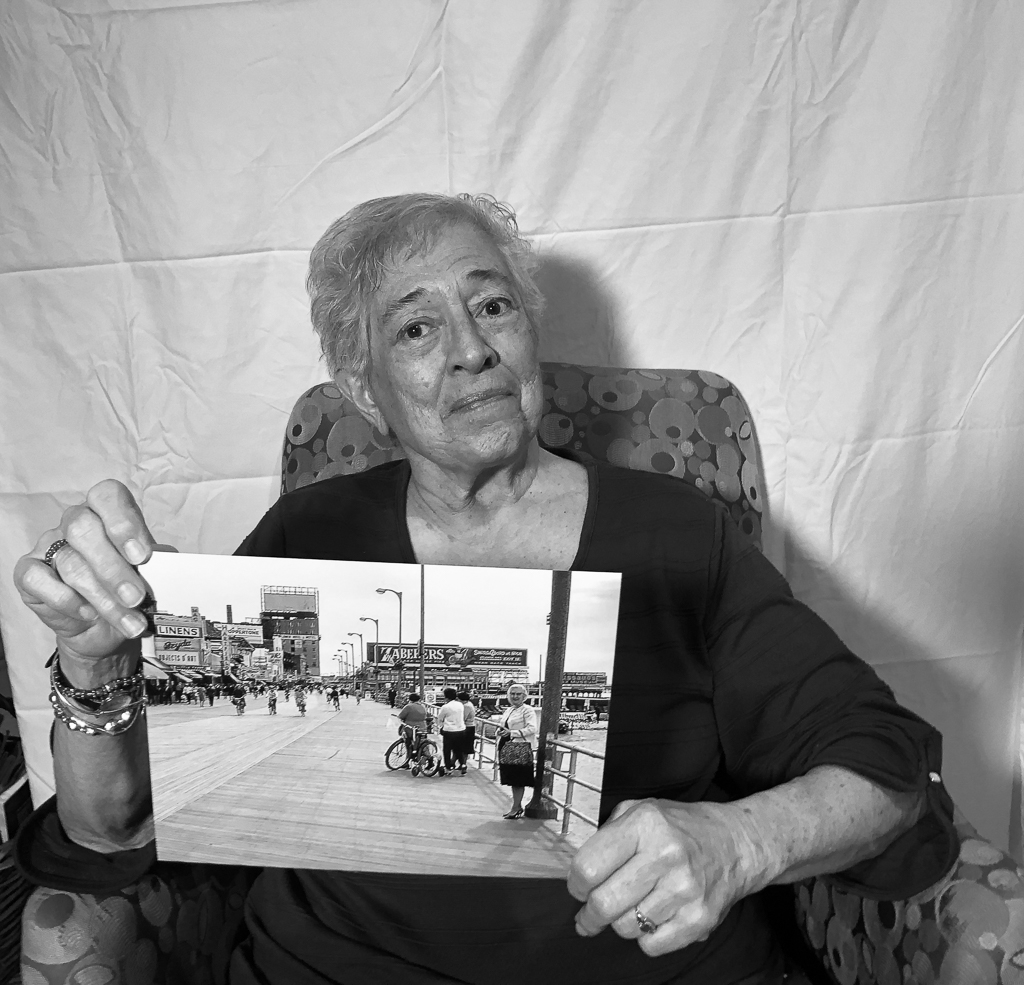 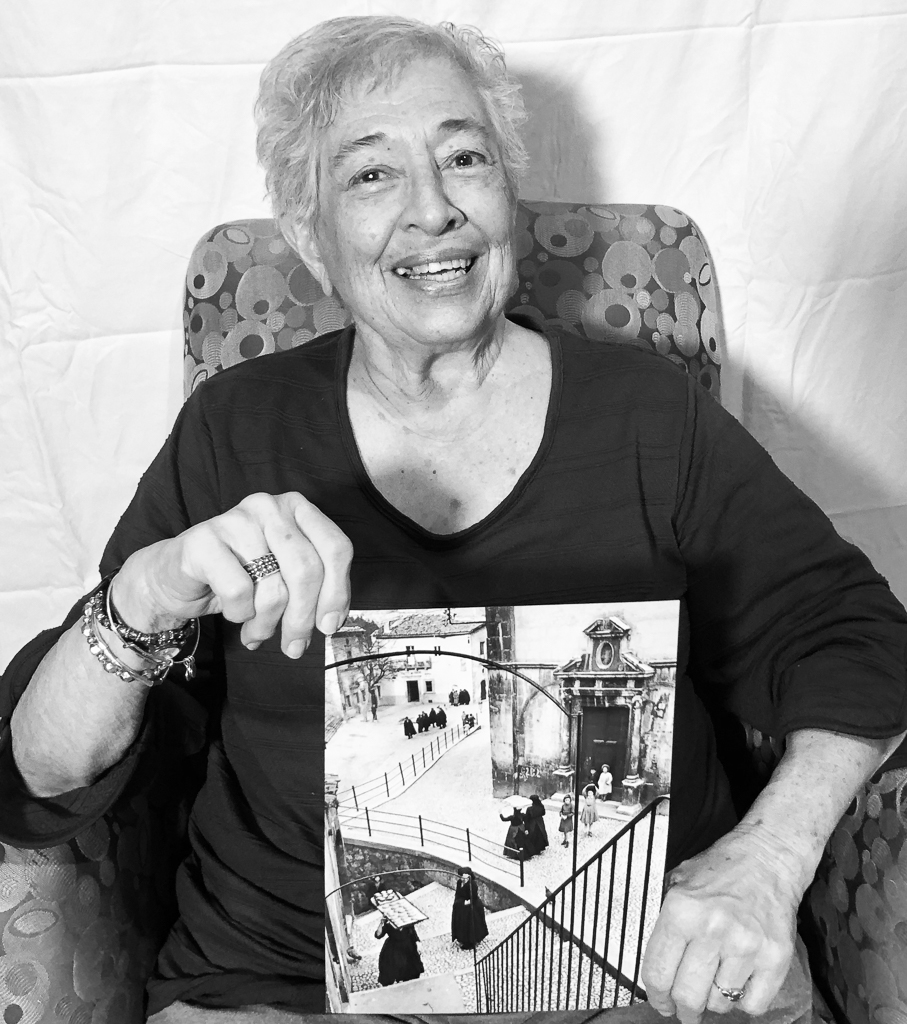 Emmet Winter was born in Chicago, Illinois in 2000. He was born prematurely at just 6 months of gestation, and because of this was left with a light case of cerebral palsy, among other disabilities, attending physical therapy until he was nine years old. Both of his parents are lawyers by training who met at school, and they divorced shortly after his birth. At two years of age he began to live between two families, and from then on to graduating from high school, he spent all of his time between his parents in two different suburbs. His experience of growing up between two families informed his life perspective. Both families placed much emphasis on the importance of the arts, as his uncle is a photographer, and Emmet played the clarinet, trumpet, and horn in the school band as a child. Before taking the Fotografía y Memoria seminar with Professor Pedro Lange-Churión, he hadn’t worked much with photography. However, this class introduced him to the medium and he began to link theories of historical and communicative memory with photography. Currently, Emmet Winter studies International Studies and the Spanish lStudies at the University of San Francisco from his home in suburban Illinois.