We hope you will find respite and some calm in your day or night, while viewing our exhibit ‘Between Darkness & Daylight”.
These images are personal meditations and interpretations of our current dystopian world. We applaud the work created by these photographers, as it creates a visual break, allowing us to see beauty, transition and the essential stillness, which we so need at this time.

Standing by my car I first see cargo ships moving slowly along the horizon, then the birds and seals resting on the offshore rocks. Commerce and nature are surviving during the pandemic. Life goes on, at least out there. By contrast, the Sutro Baths ruins below are devoid of the usual groups of people. It’s just me and a lone fisherman at the shoreline now littered with carelessly dropped bottles, cardboard containers, and discarded feathers from weeks ago. Crumbling cement walls keep the sea from rushing into the abandoned pools. Stagnant water covered with iridescent green slime sits in the shallow pools farther inland. I’m tempted to escape into the beckoning waves slapping the shore, but rusting barriers block my way. There’s graffiti on a cement fragment spelling out “HOPE” that makes me smile, another saying “WHAM” that unsettles me yet again. Maybe I should find refuge in the nearby cave until this feeling of dread passes. I hesitate; it’s dark in there. 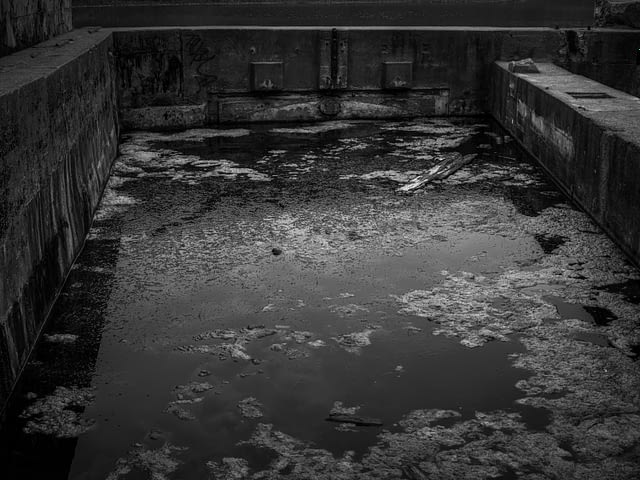 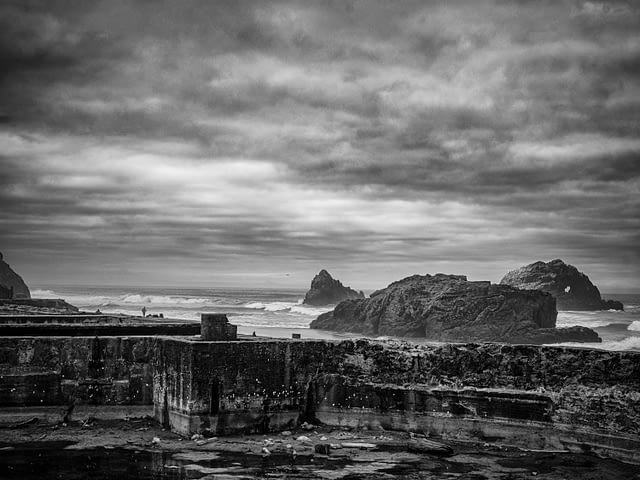 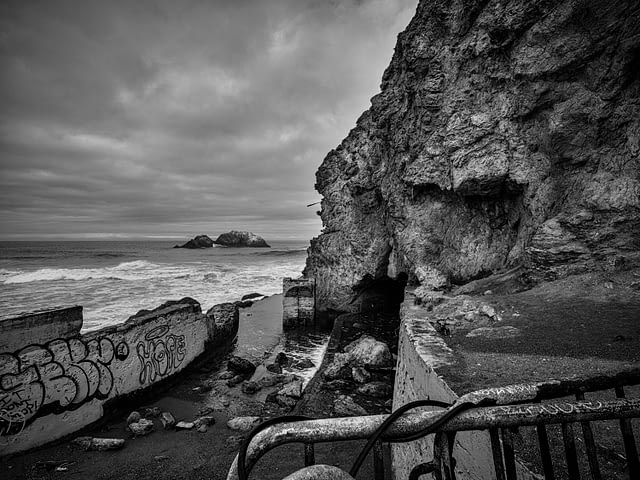 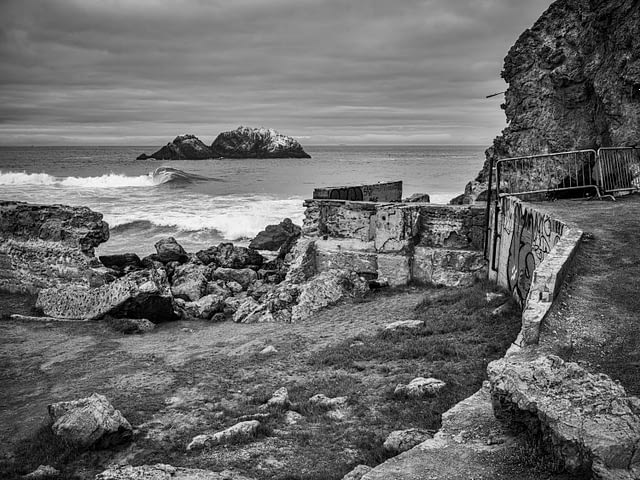 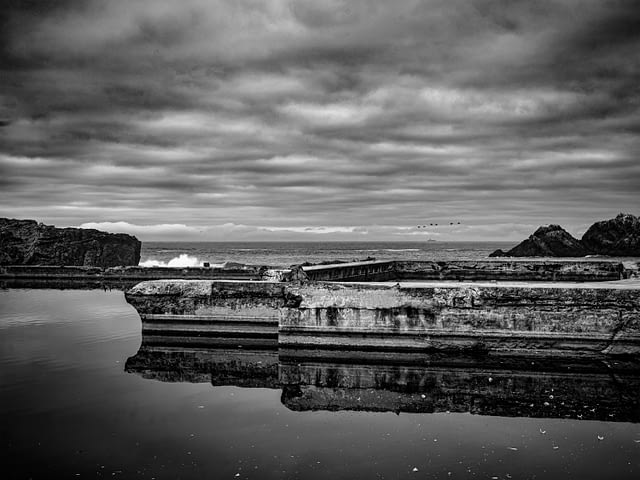 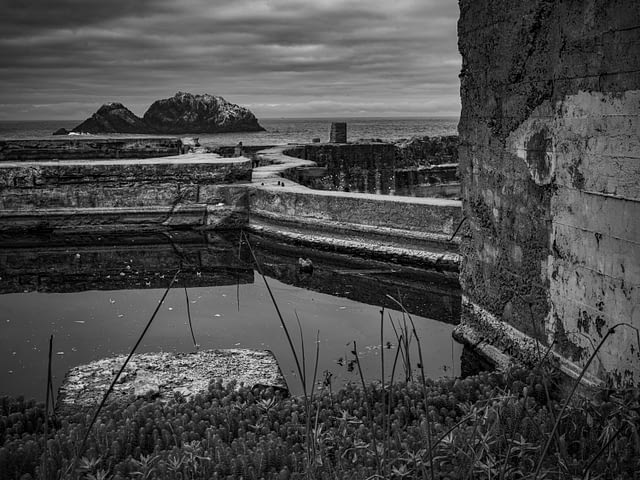 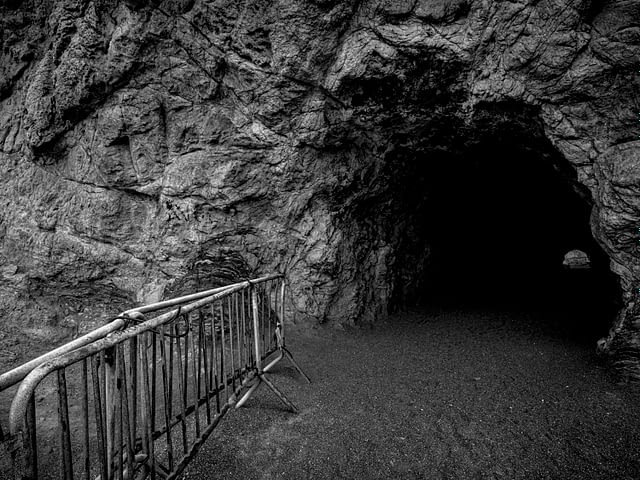 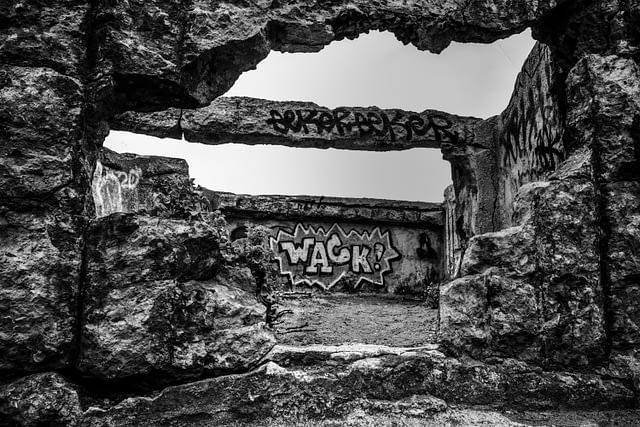 The atmospheric condition called fog is amazing, day or night. But its appearance during the hours before dawn turns the familiar into a mystery and often a sheer delight. For me, it is a primal force of nature, frightening and disorienting, but almost challenging me to attempt to capture its mysterious presence. We are living in a time of great uncertainty, the present epidemic is also a confrontation with the unknown. We are being asked to re-orientate ourselves and make new accommodations to a world we have never encountered before. These Fog@Night photographs speak to the liminal, a waiting area between one point in time and space, and another of being on the verge of something that can be alarming while completely silent. Within my photographs, I see the opportunity to willingly embrace the raw power of the unknown and the possibility of a new beginning. 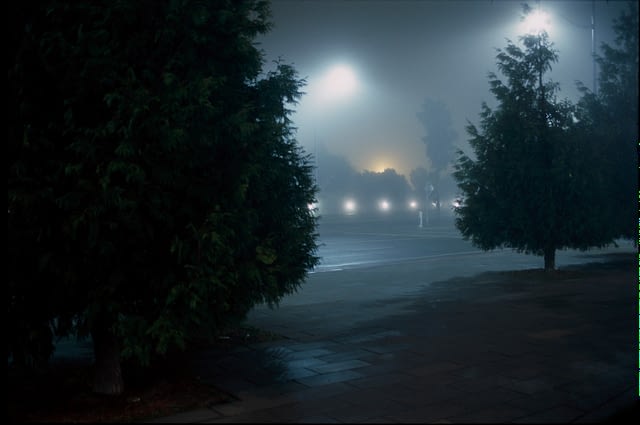 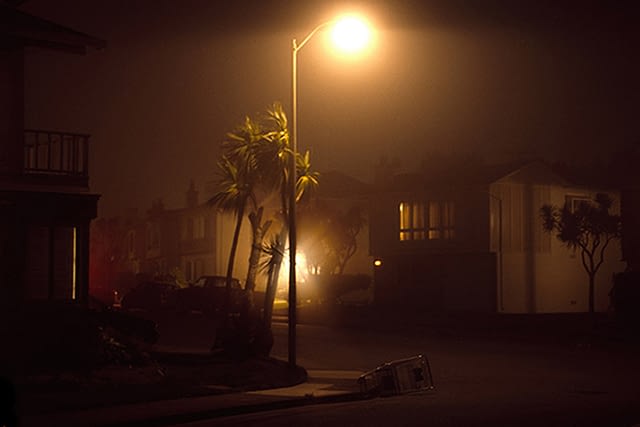 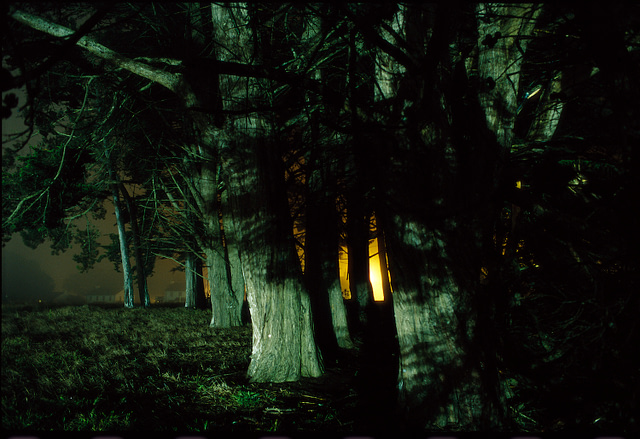 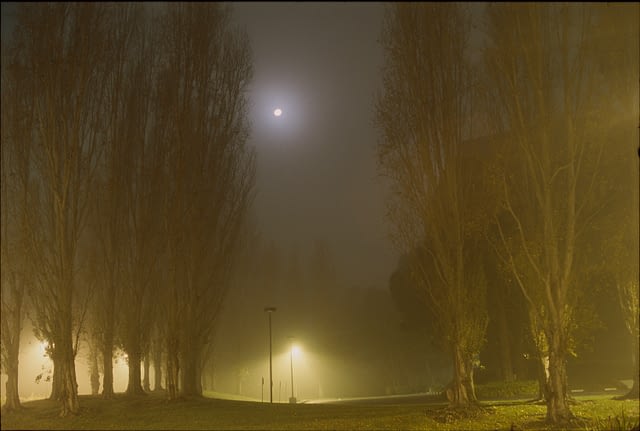 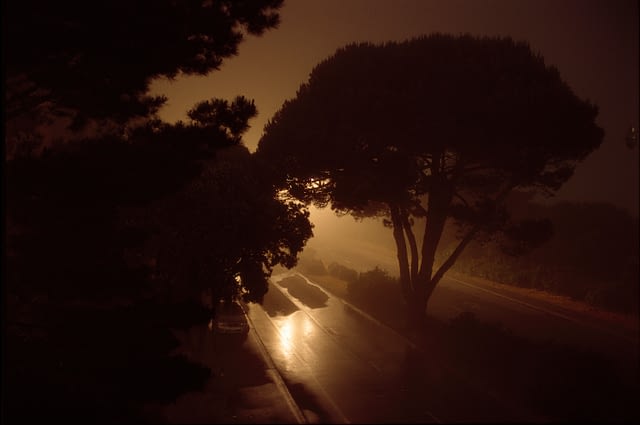 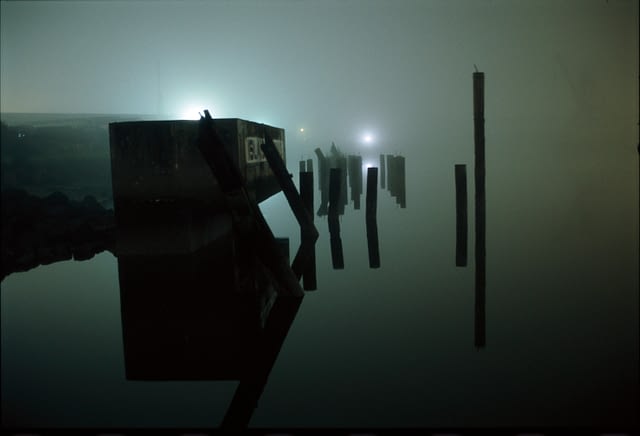 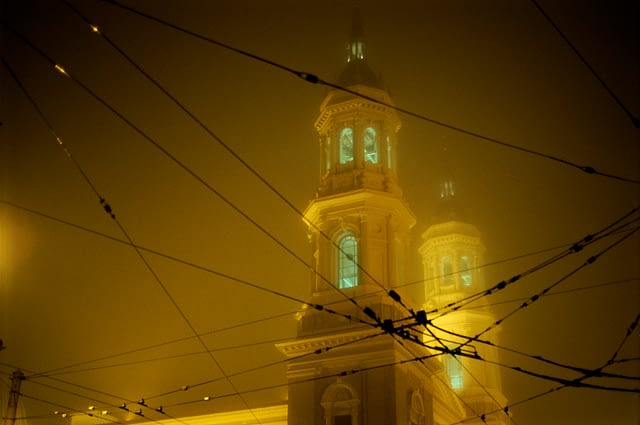 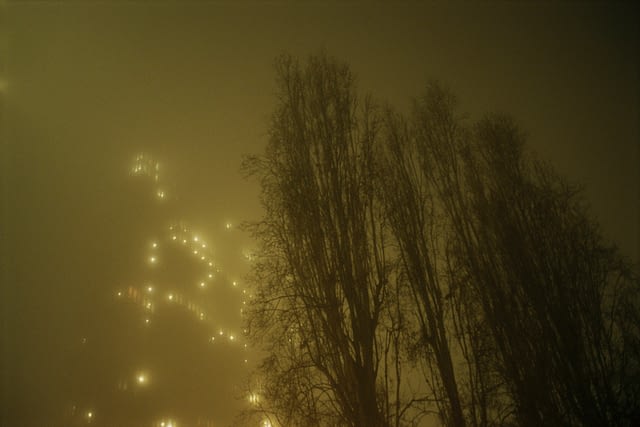 I am not a gardener and have never really cared excessively for flowers and plants. But I am quite passionate about the visual stimulus the world presents. Over the fifty-plus years, I have been a photographer, I have had brief flirtations with photographing plants. A couple of years ago that flirtation became something of a full-blown love affair. As to the reason why all I can surmise is that the visual stimulation of botanicals reached some sort of “critical mass” for me. Since then, the San Francisco Botanical Garden has been my favorite place to photograph. Inevitably, as my work in the Garden has proceeded, I have come to care more for plants than I ever had before. But not as a gardener or a botanist– I find that I simply want to know more about these creatures that provide a seemingly infinite variety of visual wonder. When the Botanical Garden closed in March because of the “shelter in place” order, I realized how much I had come to depend on wandering and photographing there. As so often happens, I had taken for granted the access I had to such a special place and the sustenance that it provided me on so many levels. When the Garden reopened on June 1st, I returned with relief, gratitude, and a new appreciation. Since the reopening, I have been back as often as the weather favors my work (overcast without much wind are the conditions I favor). As I work in the Botanical Garden now, it is with a sense of “relaxed urgency”, knowing that this, and any of the things that I treasure, can be taken away at any time by circumstances beyond our control. 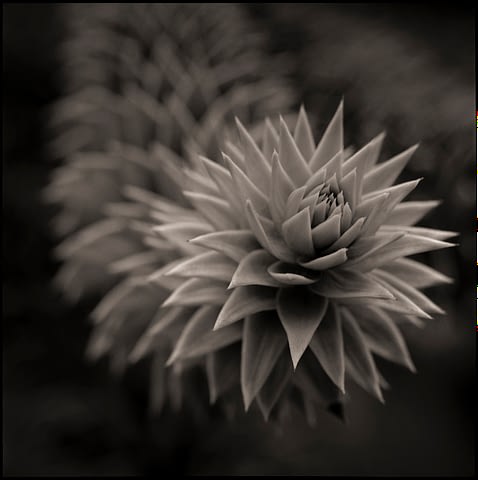 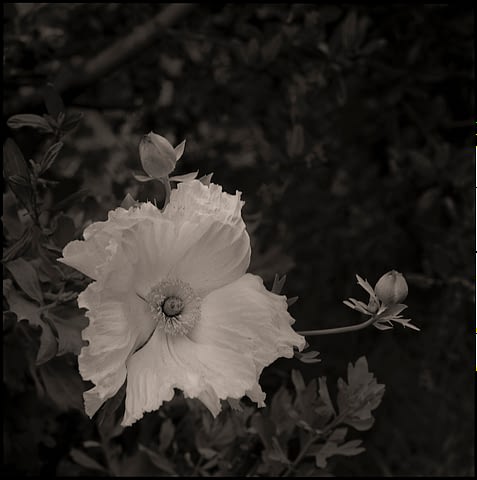 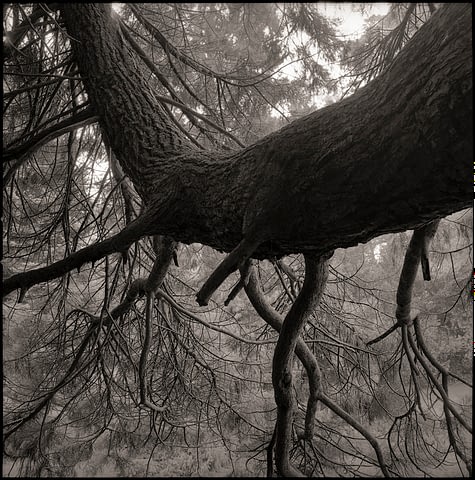 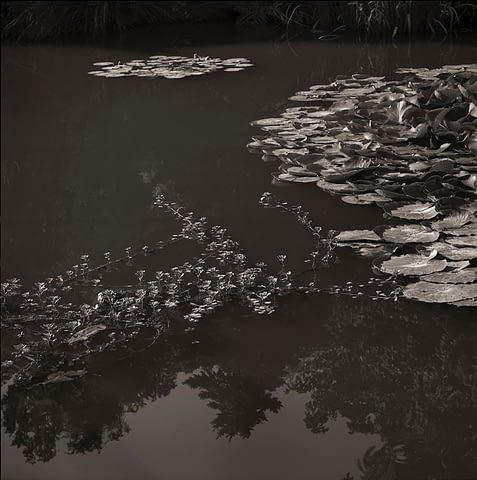 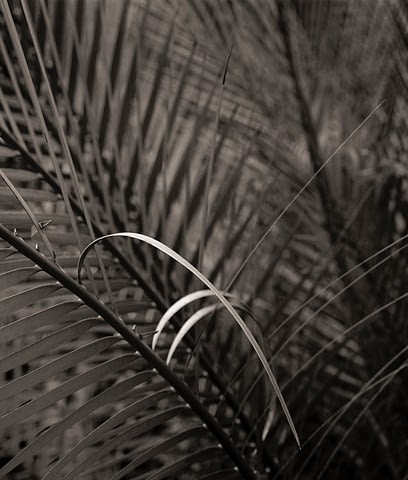 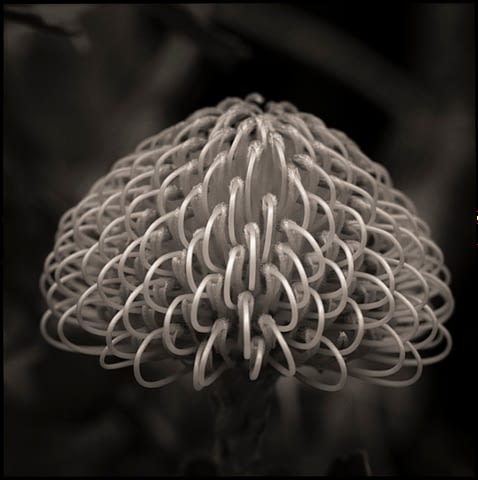 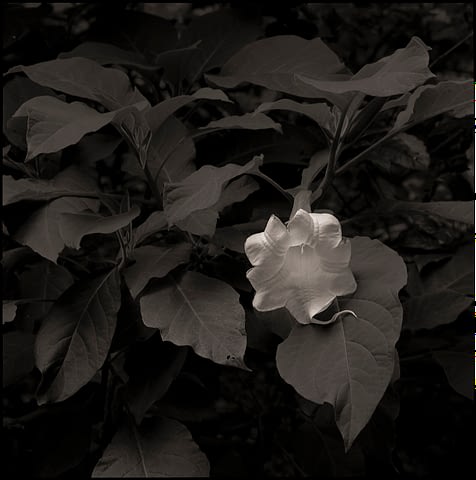 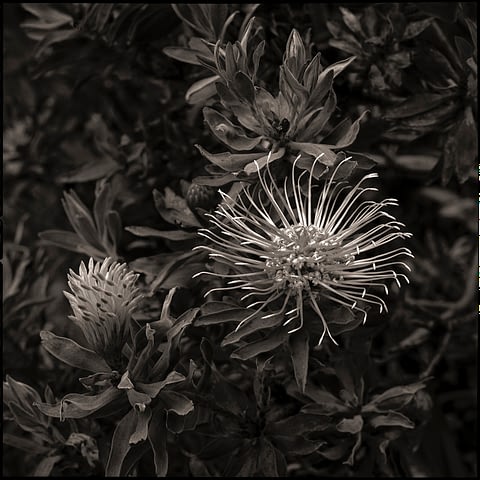 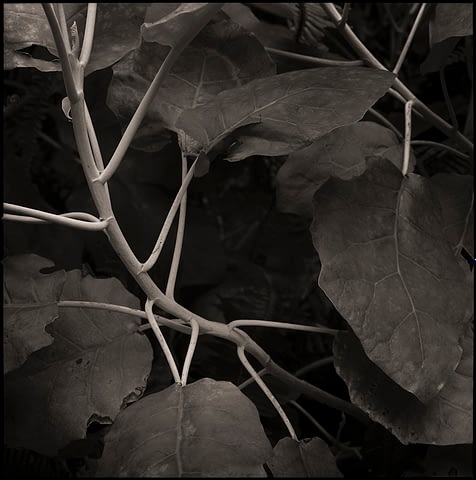 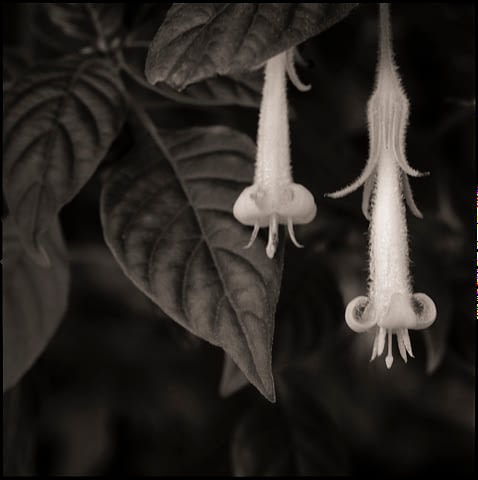