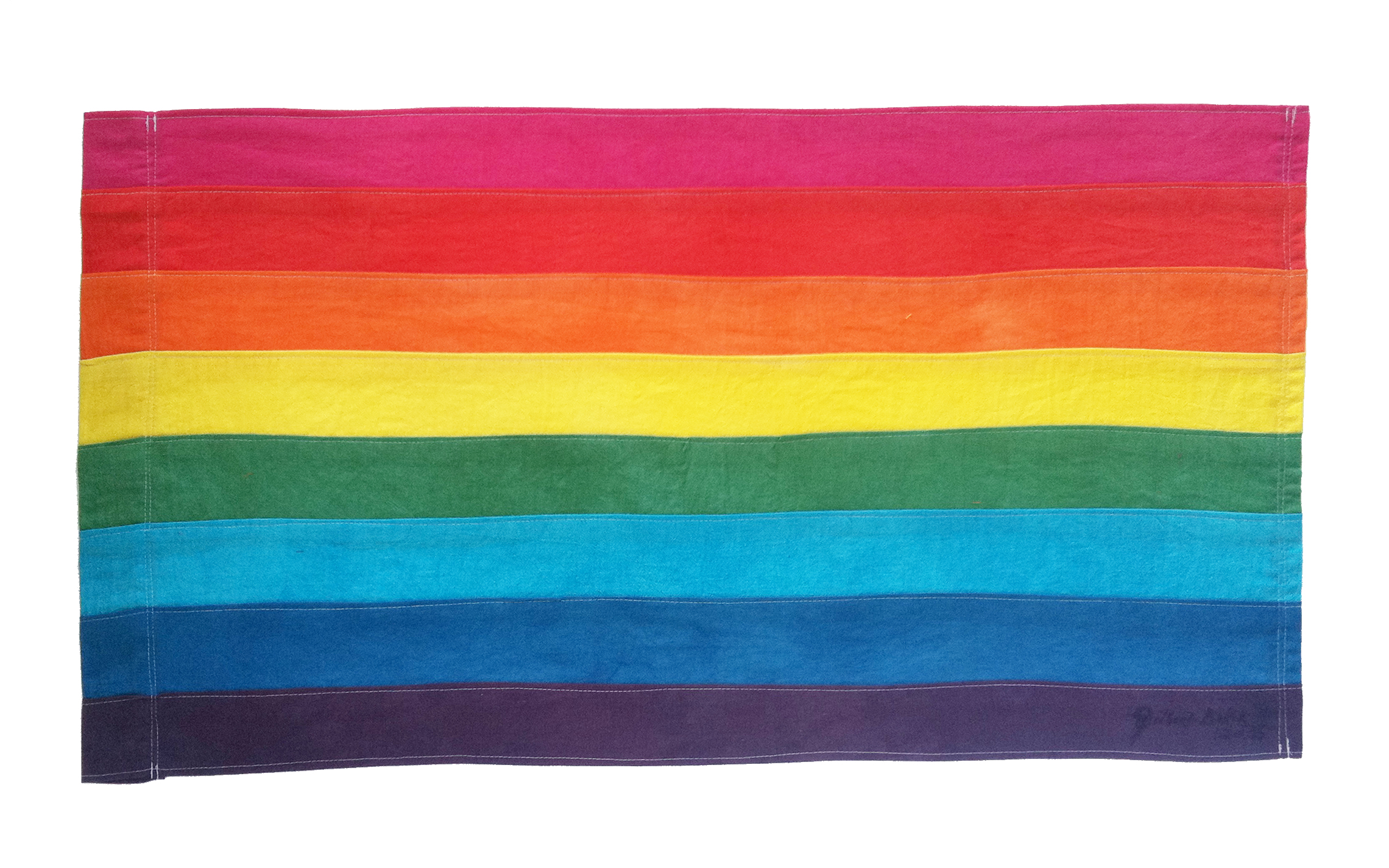 “You gotta give them hope”

Harvey Bernard Milk (May 22, 1930 – November 27, 1978) was an American politician and the first openly gay elected official in the history of California, where he was elected to the San Francisco Board of Supervisors. Although he was the most pro-LGBT politician in the United States at the time, politics and activism were not his early interests; he was neither open about his sexuality nor civically active until he was 40, after his experiences in the counterculture movement of the 1960s.

Important history and key info, prior to Harvey Milk moving to San Francisco…
The Daughters of Bilitis also called the DOB or the Daughters, was the first lesbian civil and political rights organization in the United States. The organization, formed in San Francisco in 1955, was conceived as a social alternative to lesbian bars, which were subject to numerous raids and police harassment. When the club realized they were not allowed to advertise their meetings in the local newspaper, Lyon and Martin, who both had backgrounds in journalism, began to print a newsletter to distribute to as many women as the group knew. In October 1956 it became The Ladder, the first nationally distributed lesbian publication in the United States.

The Mattachine Society founded in 1950, was one of the earliest LGBT (gay rights) organizations in the United States, probably second only to Chicago’s Society for Human Rights. Communist and labor activist Harry Hay formed the group with a collection of male friends in Los Angeles to protect and improve the rights of gay men. Branches formed in other cities and by 1961 the Society had splintered into regional groups. In San Francisco Hal Call became involved with the Mattachine Society, and following the resignations of the original leadership in 1953, Call became president of the Society. Call frequently appeared on local television programs in the 1950s, as one of the few openly gay men who spoke about gay issues, and appeared both in The Rejected, the first-ever television documentary on homosexuality, and “CBS Reports: The Homosexuals”, the first network broadcast on the subject.

In 1972, Milk moved from New York City to the Castro District of San Francisco amid a continuous migration of gay, lesbian, and bisexual men. He took advantage of the growing political and economic power of the neighborhood to promote his interests and unsuccessfully ran three times for political office. Milk’s theatrical campaigns earned him increasing popularity, and in 1977 he won a seat as a city supervisor. His election was made possible by a key component of a shift in San Francisco politics.

Milk served almost eleven months in office, during which he sponsored a bill banning discrimination in public accommodations, housing, and employment on the basis of sexual orientation. The Supervisors passed the bill by a vote of 11-1 and was signed into law by Mayor Moscone. On November 27, 1978, Milk and Mayor George Moscone were assassinated by Dan White, who was another city supervisor. White had recently resigned to pursue a private business enterprise, but that endeavor eventually failed and he sought to get his old job back. White was sentenced to seven years in prison for manslaughter, which was later reduced to five years. He was released in 1983 and committed suicide by carbon monoxide inhalation two years later.

Despite his short career in politics, Milk became an icon in San Francisco and a martyr in the gay community. In 2002, Milk was called “the most famous and most significantly open LGBT official ever elected in the United States”. Anne Kronenberg, his final campaign manager, wrote of him: “What set Harvey apart from you or me was that he was a visionary. He imagined a righteous world inside his head and then he set about to create it for real, for all of us.”

Milk was posthumously awarded the Presidential Medal of Freedom in 2009.

Special thanks to Dan Nicoletta for providing these precious photos and memories of Harvey Milk.

Click on the photo to view in full screen.

I am a San Francisco based freelance photographer who began my career in 1975 as an assistant to the late Crawford Barton, who was then the staff photographer for the Advocate Magazine. During that time I also worked in Harvey Milk’s camera store in the heart of the burgeoning lesbian gay bisexual transgender mecca in the Castro district. I was involved in several of Milk’s political campaigns including his victorious election to public office on one of the first openly gay political platforms in the world. I have continued to document the reverberations of Harvey Milk’s life for over thirty-four years serving as a key point person for Milk related research.

My photographic body of work maps my enduring romance with San Francisco and it’s people, especially the lesbian, gay bisexual, and transgender communities. I am currently editing this work for various projects.

From 1989 to the present, I have concentrated on making studio portraits of the souls that populate the LGBT communities. It is the theatrical in life that I am most attracted to.  I am intrigued by what occurs when a sitter’s environment is minimized in a studio context, yielding to reliance upon the nuances of body language and attire. I believe a successful photographic portrait occurs when the human soul comes forward in a photograph and reveals itself for now and for all of time. It’s a privilege and a joy to be the conduit for this phenomenon.

My work has been featured in numerous settings, including the film Milk by Gus Van Sant, the Academy Award-winning documentary film The Times Of Harvey Milk by Rob Epstein, and also the documentary film Sex Is by Marc Huestis and Lawrence Helman. My work has also appeared in numerous periodicals and books including: Randy Shilt’s Mayor Of Castro Street, Susan Stryker and Jim Van Buskirk’s Gay By The Bay, Harold Evans’ The American Century, the ten year anniversary catalog Out At The Library – Celebrating The James C. Hormel Gay and Lesbian Center and the book Flight of Angels, by Adrian Brooks, (about The seminal theatre group (The Angels of Light) and MILK A Pictorial History of Harvey Milk which includes a section of unit photography from MILK the film.

I have participated in numerous group shows and had a featured exhibition at Mace Gallery and a one-man retrospective in the Atrium Lobby of Levi Strauss & Company in San Francisco. My work has been collected by the Wallach Collection of Fine Prints and the Berg Collection at the New York Public Library, the James C. Hormel Gay and Lesbian Center at the San Francisco Public Library and the Schwules Museum in Berlin and by many private collectors.

I am a graduate of San Francisco State’s Bachelor of Arts program.  I was born NYC in 1954 and raised in Utica, New York.

As the first openly gay public official, Harvey Milk constantly fought for the disenfranchised. Milk served only 11-months in office before being assassinated, but his impact on the LGBTQ community transcends.

Harvey Milk’s dream for a better tomorrow filled with the hope for equality and a world without hate guides the Foundation. Harvey Milk’s groundbreaking election in 1977 as one of the world’s first openly gay elected officials-and its most visible one- symbolized the freedom to live life with authenticity to millions of LGBT women and men around the world.

Harvey served less than a year in public office before his brutal assassination but his life profoundly changed a city, state, nation and a global community.  His courage, passion and sense of justice rocked a country and stirred the very core of a put down and pushed out community, bringing forward new hope and a new vision of freedom.

As a not-for-profit global organization, our program goals – to empower local, regional, national and global organizations so that they may fully realize the power of Harvey Milk’s story, style, and collaborative relationship building – are as large and bold as Harvey taught us!  The Foundation, through Harvey’s dream for a just tomorrow, envisions governments that celebrate the rich and universally empowering diversity of humanity, where all individuals – gay, lesbian, bisexual, transgendered, racial and ethnic minorities, the elderly, the young, the disabled – all who had been excluded can fully participate in all societal rights without exception.

From the Harvey Milk Foundation: milkfoundation.org

In 1977, Harvey Milk was elected to the San Francisco Board of Supervisors, becoming the first openly gay man to be voted into major public office in America. His victory was not just a victory for gay rights; he forged coalitions across the political spectrum. From senior citizens to union workers, Harvey Milk changed the very nature of what it means to be a fighter for human rights and became, before his untimely death in 1978, a hero for all Americans.

For more information about the movie, please visit
www.focusfeatures.com/milk