The Border: A Complicated Commute

This project highlights the role of the border between San Diego, California and Tijuana, Mexico, and how the space brings life and yet also, hinders life. Urban flesh is the ever-changing being that makes up a city; it is the people and character of a city. Tijuana and it’s residents are a large part of the San Diego urban flesh. These two large cities are intertwined at the border and immigrants are a part of and change to this flesh. People are constantly living in one city and working in the other, blurring the lines between the two. This greater urban area, divided, makes the “right to the city”, an idea proposed by Henry Lefebrve, a difficult and ever-changing concept. Who has the right to this space? How do people participate and interact with the border?

Some photographers who inspired this project are Monica Lozano, and John Moore. They both have photos that are very serious and intense, focusing on the border and the feelings it emotes. Moore leaves a lasting impact from his photos, truly showing the angst and desperation that goes on at the border. I represented these ideals through the everyday passage between San Diego and Tijuana, the eeriness and loneliness that takes place at the border, and the feeling that crossing should make a person nervous or feel insecure. I use black and white landscape photos, photos of people, signs, border walls, and roads. I show the division, separation, and sense of desperation at the border while also showing how people constantly participate in these two, divided cities. 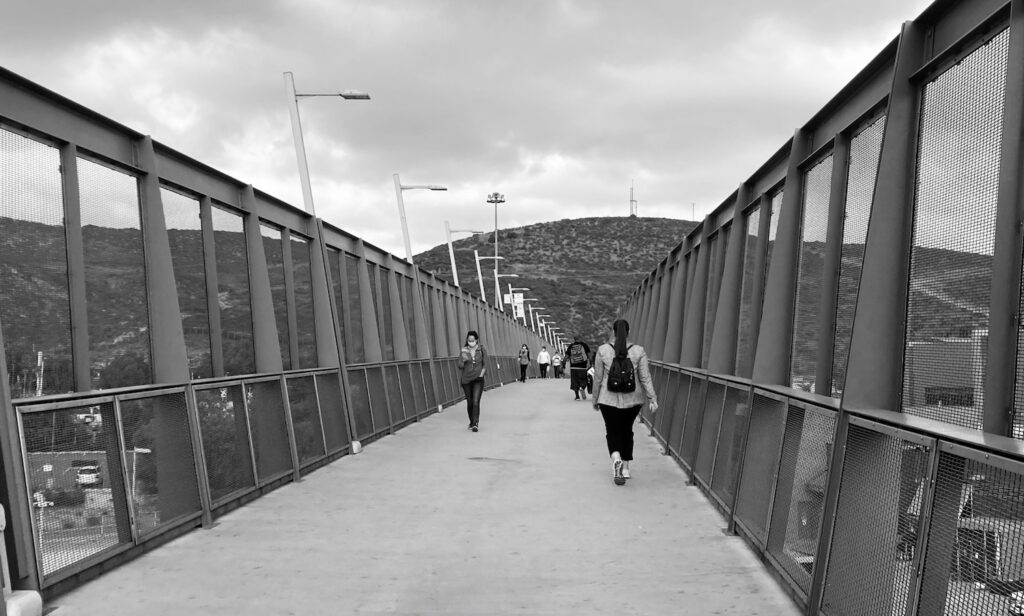 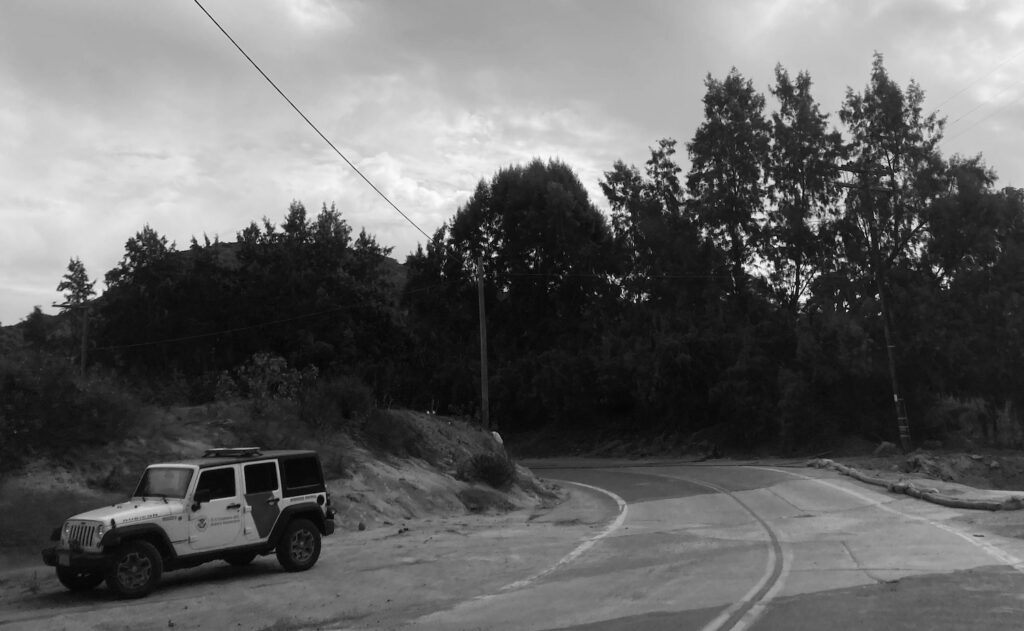 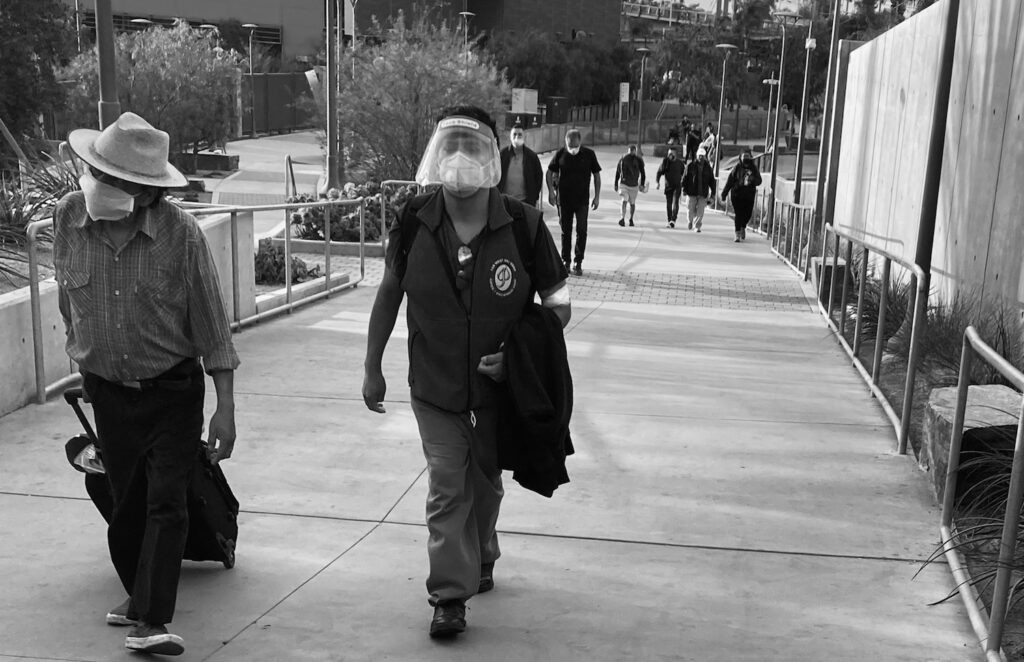 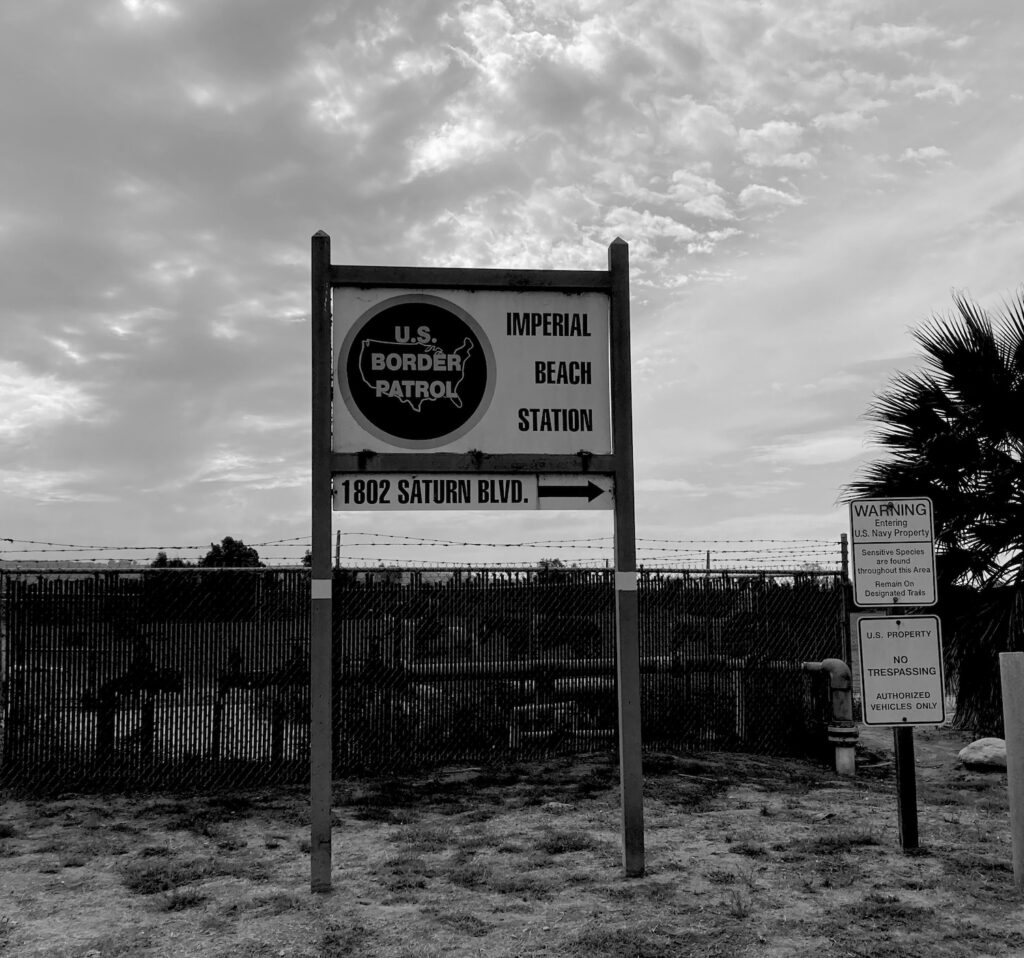 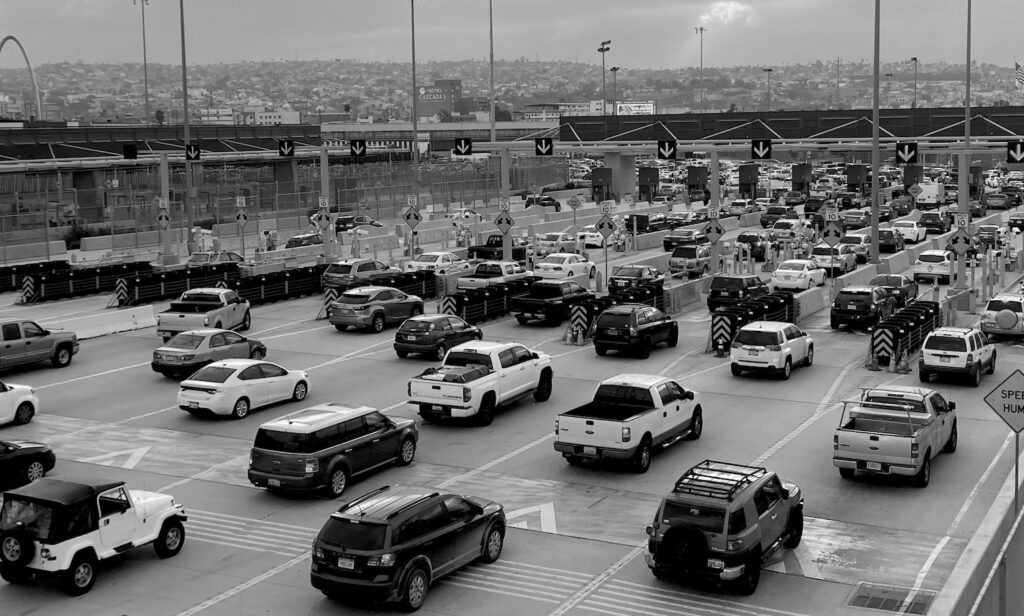 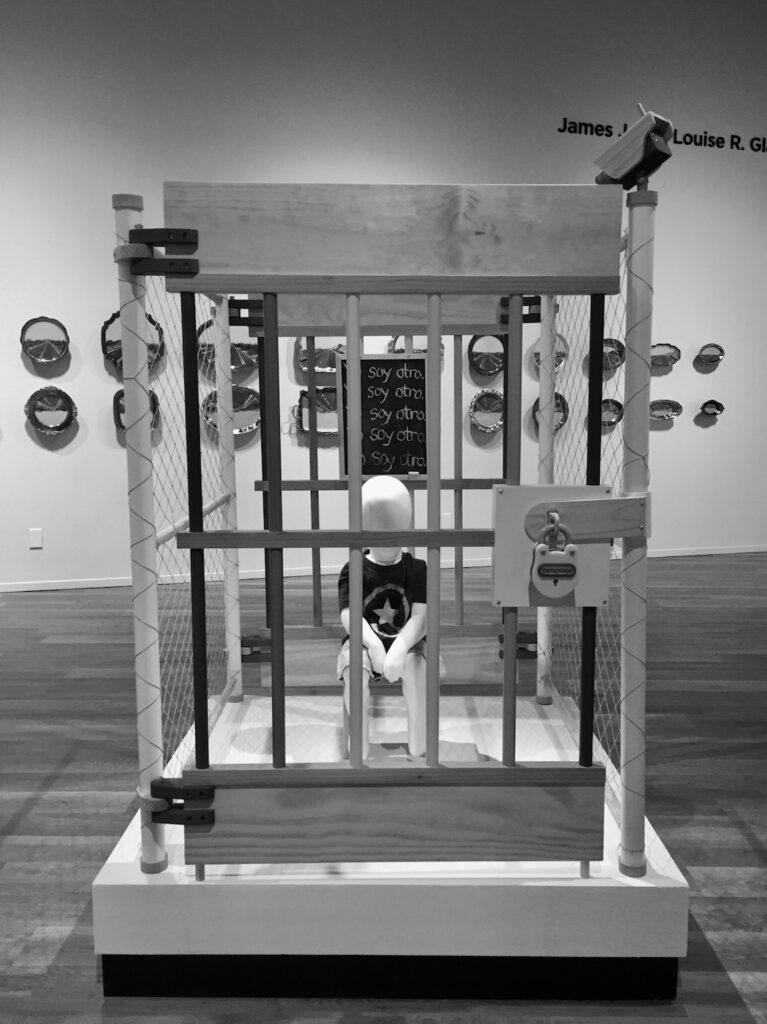 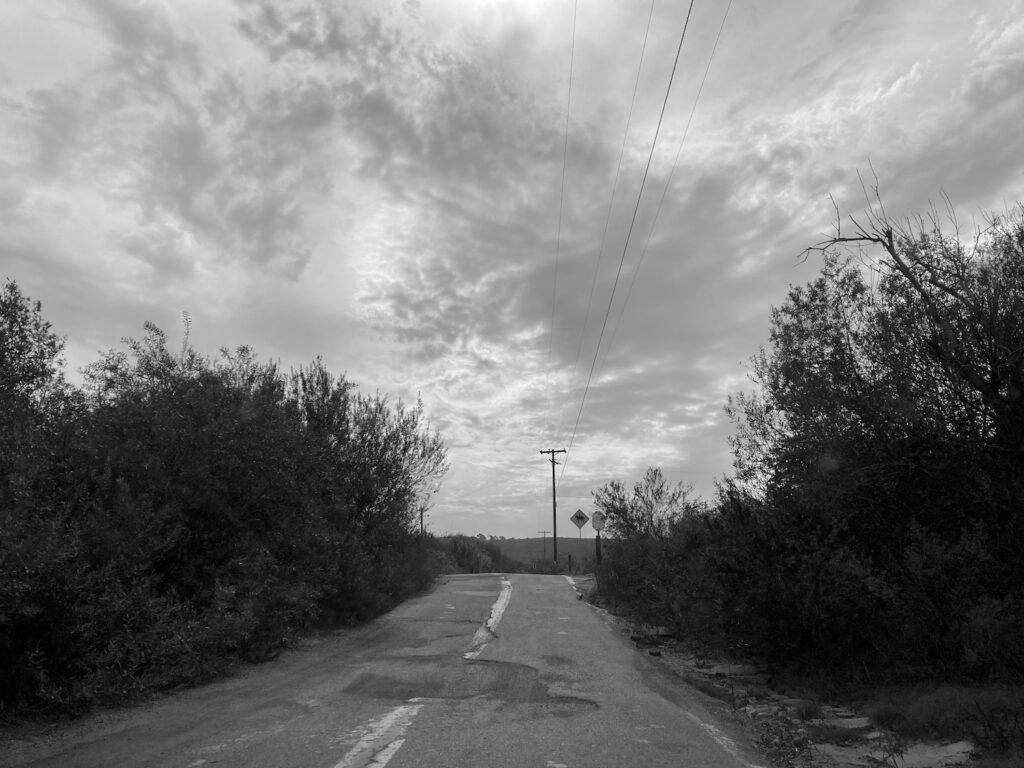 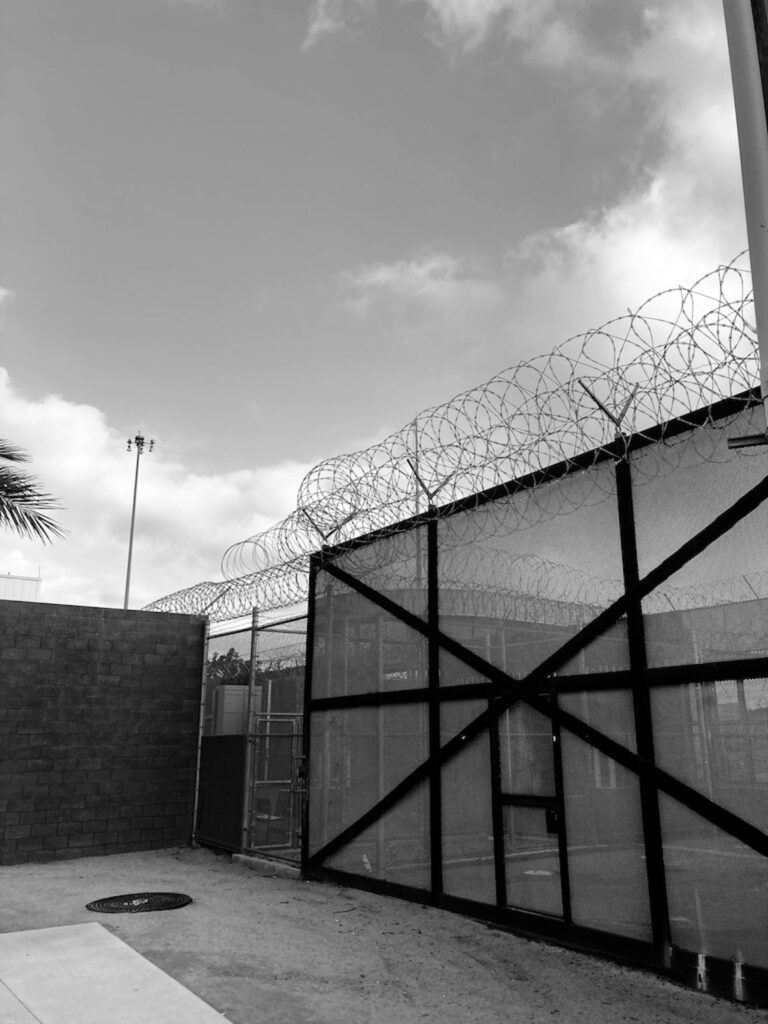 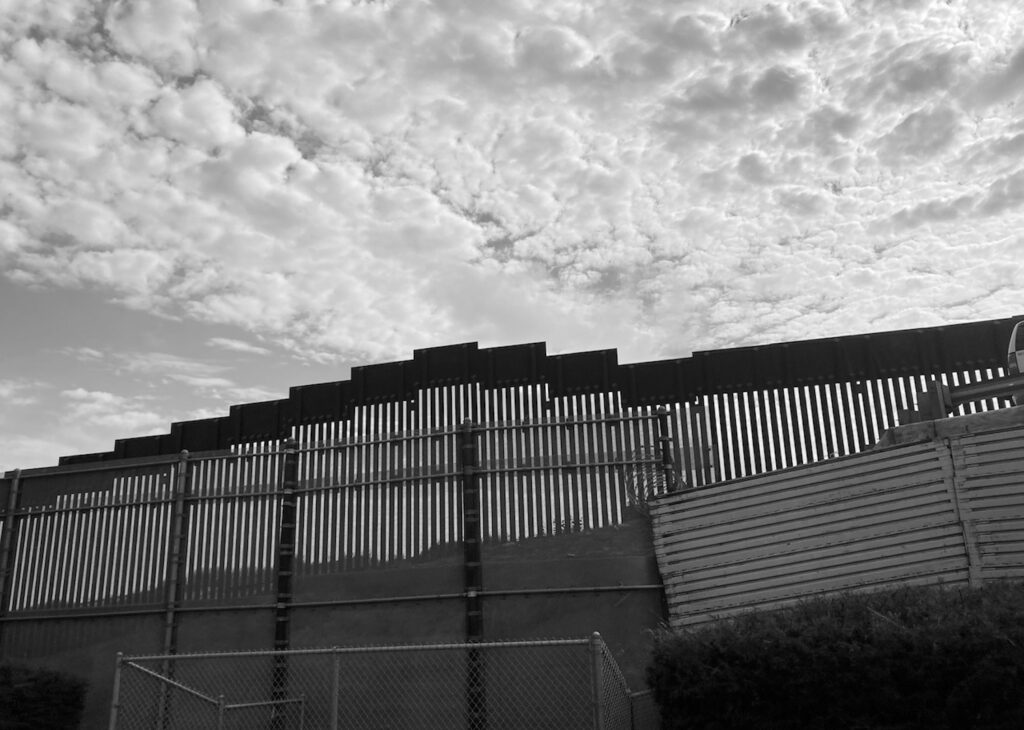 I’m a Junior at the University of San Francisco, with a major in Urban Studies, and two minors, Mathematics and Architecture. I am passionate about art and design and hope to work in the city planning or urban design field, likely after getting a masters. I am originally from Alabama, but am currently living in San Diego, California with my family and two cats. Coming from having grown up in a very suburban, middle class area, living in San Francisco and San Diego has opened my eyes to cities- their extreme beauty and poverty. San Diego specifically has inspired me and bolstered my opinions on immigration and immigrant rights. In the current political climate, kids and refugees have been imprisoned, DACA recipients were left in limbo in regard to their rights, and Mexican immigrants constantly face discrimination. I hope this project gives insight on the US border and how it feels living only three miles away from it, able to see “the wall” from my bedroom window.